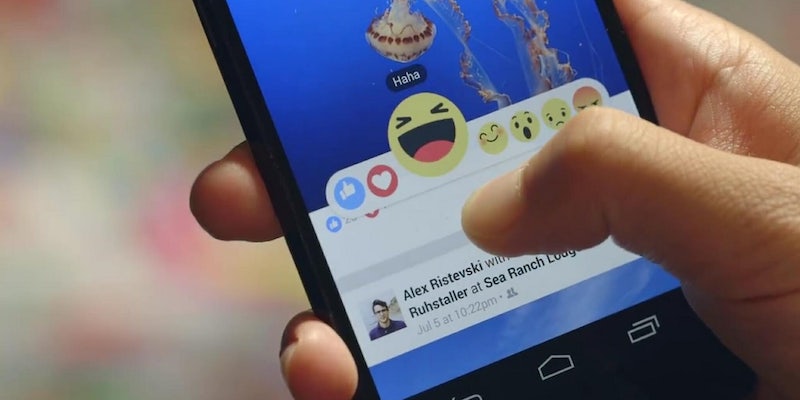 Facebook’s ‘Dislike’ button has evolved, and here’s what it looks like now

Chris Cox, Facebook’s Chief Product Officer, shared a 30-second sneak peek into the highly coveted “Reactions” feature, which he explicitly states is “not a dislike button” the way most media outlets have previously reported.

“We studied which comments and reactions are most commonly and universally expressed across Facebook, then worked to design an experience around them that was elegant and fun,” Cox wrote.

The feature, which is essentially the Like button evolved, will initiate its testing phase in Ireland and Spain starting today. Users in these regions may start expressing emotions such as “Love,” “Haha,” “Yay,” “Wow,” “Sad,” and “Angry” by hovering over or long-pressing the Reactions button wherever it is visible. Results from the pilot testing will determine function improvements as well as a more expanded rollout schedule for other users.

Now the only question is whether Facebook users will actually take the time to “react,” or simply keep tapping the simple “thumbs up.”