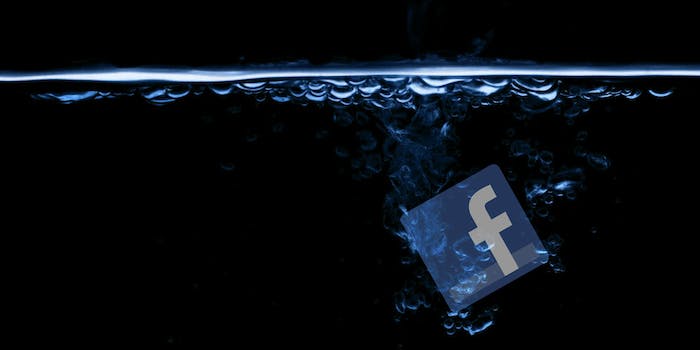 Facebook advertisers are welcome to your face and name

The social giant's rewrite of its privacy policies largely confirm what we already know.

Four days after Facebook lost a $20 million class-action lawsuit over how it used users’ private data, the social media giant has pushed out a rewording of its privacy policies.

But rather than put control over privacy back in the hands of users, the edit’s to Facebook’s data use policy and statement of rights and responsibilities largely confirm what we already know about how the company uses your private information: Signing up for a Facebook account gives advertisers a green light to pay for the rights to your face and name.

That’s a big change from the old wording, which implied users had some sort of power of who accessed their data and what they did with it.

You can use your privacy settings to limit how your name and profile picture may be associated with commercial, sponsored, or related content (such as a brand you like) served or enhanced by us.

Of course, Facebook’s general counsel for privacy, Ed Palmieri, doesn’t see it that way. He told the New York Times that the two paragraphs were essentially the “same thing”—blithely ignoring the fact that the new policy uses the word “permit” and the other does not.

It’s might be just one word, but “permission” is a big deal when it comes to your private data.

Such a big deal, in fact, that it was the basis for the class action lawsuit Facebook lost on Monday. Plaintiffs in the case alleged that Facebook had illegally used the names and likenesses of 150 million users in advertisements beginning in 2011. When those users “liked” a corporate Facebook page, their name would appear with an advertisement for the same company in their friends’ feeds. Facebook earned more $234 million off the scheme, the plaintiffs claimed.

The language of the policy might have changed, but the settings themselves are as frustrating to change as ever, buried deep within six different menus. You can check those settings by clicking the lock button on the upper right of your profile, which launches a dropdown menu with a few basic options (“Who can see my stuff?” “Who can contact me?” etc.).

You’ll have to click through to reach to the full “privacy” menu itself, but don’t get fooled into believing that’s the end of it. There are privacy controls on at least five other menus, which you’d never guess from their names: “Timeline and Tagging,” “Blocking,” “Followers,” “Apps,” and “Ads.”

And if you think you’ve got Facebook in another blatant violation of your privacy, don’t expect a big payday if you take the company to court. Of the $20 million Facebook lost Monday, only $15 will wind up in the hands of each of the 614,000 plaintiffs.