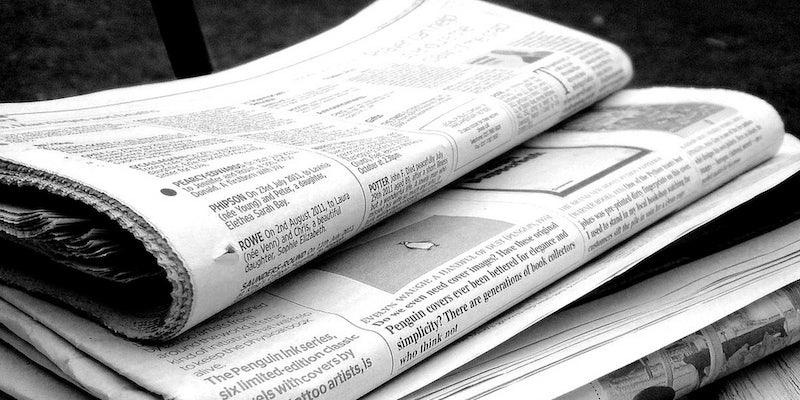 You might think of Facebook as a place for birthday pictures and vaguely combative paragraphs about one’s political leanings, but increasingly, Facebook is also a place where people get their news.

Now, no longer content to let news organizations carry out their social media plans independently, Facebook may be moving toward a model in which it distributes news for journalists.

The social network is said to be mulling a program in which it would syndicate news stories from various sources and host them within its own digital walls. The move would keep readers on Facebook rather than pushing them out to an external news site every time they clicked a link. Facebook’s pitch is that this would save the user time, but it would also obviously transfer traffic from journalists to the social platform.

While the proposal would undoubtedly give Facebook a traffic boost, it remains to be seen how the company will sweeten the pot for the news organizations that it hopes will participate. The New York Times, which broke word of Facebook’s plans, is one of the program’s early participants.

News organizations would only agree to join Facebook’s program if it meant benefits for them as well, and already, the prospect of losing clicks—and thus, readers—presents a serious downside for them.

Any site that allows Facebook to syndicate its content will likely see substantial drop-offs in ad impressions, reader data, and other metrics. Facebook will need to offer its partners something very valuable if it wants their buy-in on a program that would keep users from clicking away to those partners’ sites.