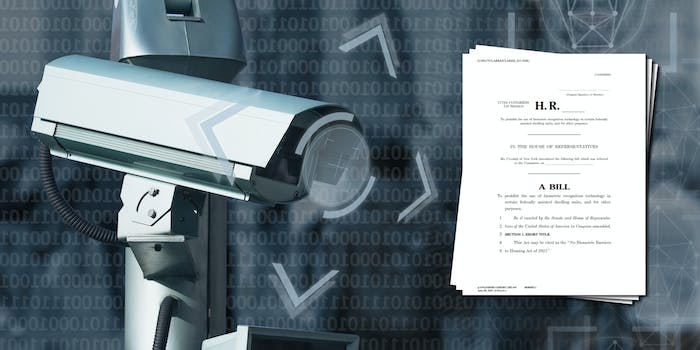 The bill was previously introduced in 2019.

A group of Democratic lawmakers has introduced a bill that would ban the use of facial recognition technology in public housing.

Rep. Ayanna Pressley (D-Mass.), Rep. Yvette Clarke (D-N.Y.), and Rep. Rashida Tlaib (D-Mich.) introduced the “No Biometric Barriers to Housing Act of 2021,” a bill that dovetails a similar one introduced in 2019.

Facial recognition has long been criticized because the technology has been found to have a racial bias. Calls for the government and law enforcement’s use of the technology to be banned have grown since Black Lives Matter protests against police brutality and racism in 2020.

Some members of Congress have already pushed a bill that would completely ban the federal government’s use of facial recognition, and a recent report from the Government Accountability Office (GAO) last week only added to the calls to ban the technology.

“Facial recognition technology consistently misidentifies women and people of color and only exacerbates the constant surveillance and criminalization that the most marginalized already face,” Pressley said in a statement. “This much-needed bill will ban the use of facial recognition and other biometric technologies in HUD funded properties and will help protect the civil rights and liberties of tenants throughout our country.”

Facial recognition technology has been used in public housing in the past, the New York Times reported in 2019.