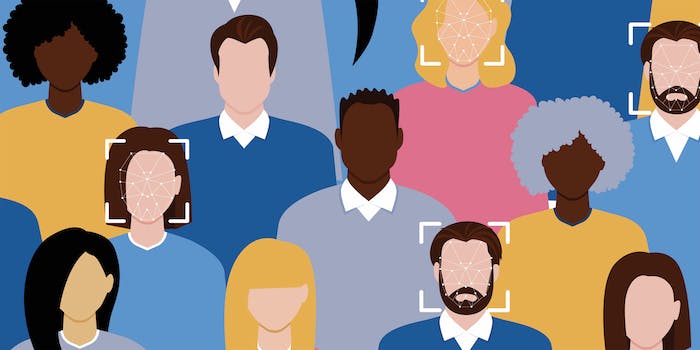 They are calling on major retail companies to stop using facial recognition technology.

A large coalition of advocacy groups is calling on major retail companies to stop using facial recognition technology and urging the public to help demand that they stop.

More than 35 organizations—which include Fight for the Future, Data for Black Lives, Demand Progress, the Electronic Privacy Information Center (EPIC), Free Press, the Surveillance Technology Oversight Project (S.T.O.P.), and more—have started a campaign that gives people an easy way to see which retail companies in the U.S. use facial recognition, have said they won’t use it, or “might” use it.

Facial recognition technology has long faced criticism because it has been shown to have a racial bias. Calls to ban the technology have grown over the past year.

The advocacy groups say that facial recognition being used in stores could lead to targeted advertising based on the products you look at in stores but don’t buy, personalized pricing based on a perception of your income, or banning someone with a criminal record from entering a store.

“These nightmare scenarios are terrifying precisely because they are so plausible,” the newly launched website reads.

Some retailers like Verizon, Dollar Tree, Costco, CVS, Target, Walmart, and Home Depot said they won’t use it.

However, there are numerous companies including McDonalds, Walgreens, Best Buy, Publix, and others that are listed on the scorecard as “might use” because they didn’t respond to request from Fight for the Future, or they’ve implied they might use the technology in the future.

“Companies say they offer facial recognition in the name of ‘convenience’ and ‘personalization,’ but their real priorities are protecting and predicting their profits, ignoring how they abuse peoples’ rights and put them in danger,” Caitlin Seeley George, campaign director at Fight for the Future, said in a statement. “The stores that are using or are considering using facial recognition should pay attention to this call from dozens of leading civil rights and racial justice organizations who represent millions of people. Retailers should commit to not using facial recognition in their stores so we can champion their decision, or be prepared for an onslaught of opposition.”

The scorecard also encourages people to tweet at the stores telling them: “I don’t want my face recorded when I shop” and tagging the specific company.

Update 3:10pm CT, July 15: In an email to the Daily Dot, a Lowe’s spokesperson denied that the company collected biometric or facial recognition data in its stores.