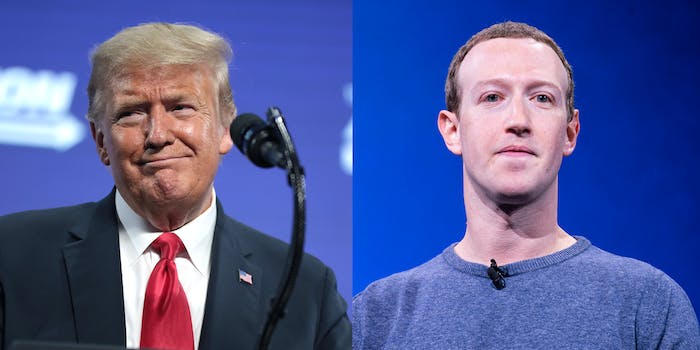 A Facebook spokesperson on Wednesday said the social media giant will not allow any ads that declare a premature election victory.

The move comes after Facebook said earlier this month that it would be suspending political ads for the week leading up to the election—although, with a few loopholes.

“Facebook will be rejecting political ads that claim victory before the results of the 2020 election have been declared,” Facebook spokesman Andy Stone tweeted.

The announcement regarding premature election result posts is similar to what Twitter announced two weeks ago. Twitter rolled out a slate of new election-related rules and policies, including one that would flag or remove tweets that have “disputed claims” about certification of election results or have misleading claims about the those results.

Twitter has been adamant in blocking and labeling some of Trump’s tweets with disinformation for months.

With the increase of mail-in ballots, election results are expected to take longer to be verified. This means there will likely be more time for fake results and disinformation to spread.

President Donald Trump has repeatedly claimed, without evidence, that the upcoming election will be “rigged” because of mail-in ballots.

The new announcement from Facebook adds on to its previous one regarding the placement of political ads heading up to the election.

The social media giant has faced intense scrutiny over it’s policy regarding political ads in general, which essentially allows them to say whatever they want, even if they contain false information. Other social media companies, like Twitter, have banned political ads altogether.

Facebook users who don’t want to see political content have the ability to turn off the ads.