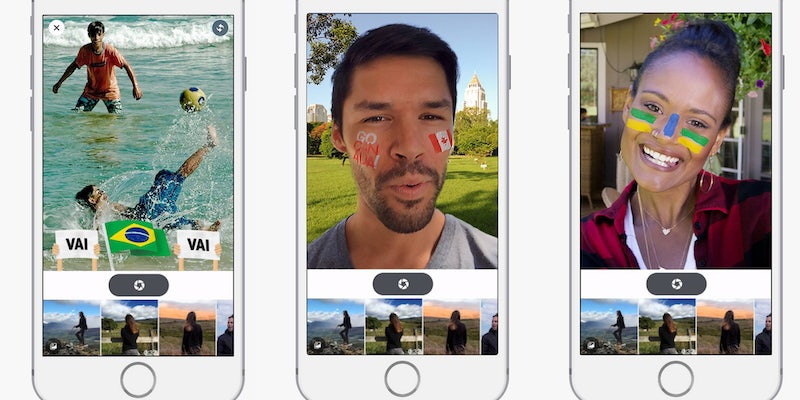 The company wants you to take more pictures.

The Snapchatification of Facebook continues apace, and Facebook is moving away from text, encouraging a preference for visual media. The company is testing new features for photos and videos taken in its mobile app that are similar to Snapchat’s interface.

iOS users in Brazil and iOS and Android users in Canada will see a camera prompt at the top of their feeds after opening the Facebook app. Facebook is putting a visual option above the text box to keep people capturing and sharing media instead of typing a status update.

Filters, frames, and masks for photos tested in those two countries will provide options for users to celebrate the Olympics, which kick off tonight in Rio de Janeiro, Brazil. The new options to adorn selfies and other media reportedly use MSQRD’s technology, the face-swap and filter app Facebook acquired earlier this year. 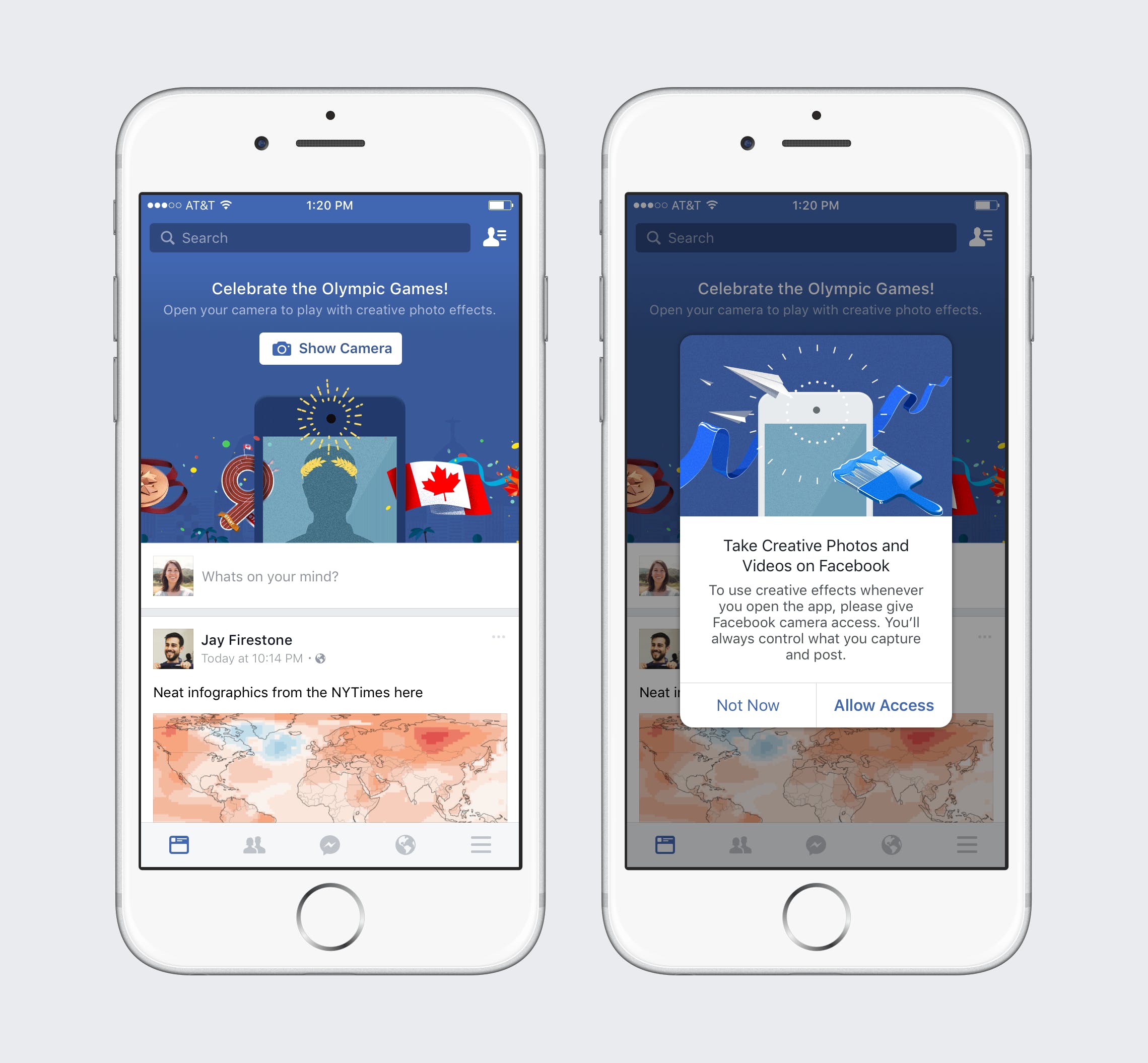 The push to get folks to share photo and video isn’t surprising—Facebook is doubling down on visual media including Live Video, 360 video, and serial storytelling through Instagram Stories (another Snapchat copycat). A Facebook spokesperson pointed out that on the company’s earnings call last month, CEO Mark Zuckerberg stressed the importance of video, reiterating that Facebook is “video first.”

Snapchat remains a thorn in the side of Facebook, and while Facebook’s attempts to clone the app popular among young people failed, it’s cribbed a number of the features that make Snapchat a compelling alternative to social media sites that retain information forever. Facebook has tested disappearing messages, debuted Stories on Instagram, added stickers to photos, and is now implementing photo filters like Snapchat’s.

Of course, Facebook launching features inspired by other apps and services is nothing new. The company implements products that gain popularity on other platforms frequently—consider hashtags, trending topics, and verified accounts the company debuted after Twitter did first, (while Twitter redesigned profiles and implemented an algorithmic-based timeline like people are used to on Facebook). Everything new is old is new again.