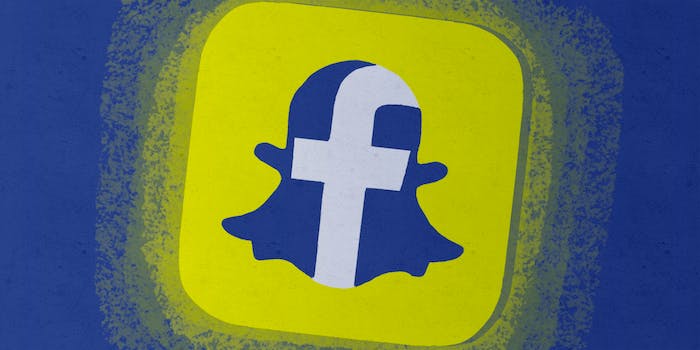 Facebook’s latest shameless attempt to straight up rip off features from other popular apps comes with an update to its mobile photo editor that looks exactly like Snapchat.

Because the company failed to acquire Snapchat, Facebook keeps implementing features into its own app that made the disappearing messaging app popular. Now you can add stickers and text to photos before sharing with friends.

Unlike Facebook’s failed Snapchat competitors Poke and Slingshot, the new photo editor doesn’t even attempt to look like an original idea. Overlaid text can be modified with a rainbow gradient that’s reminiscent of Snapchat, and you can move the text around anywhere on the photo. But unlike Snapchat, your photo doesn’t disappear unless you delete it. 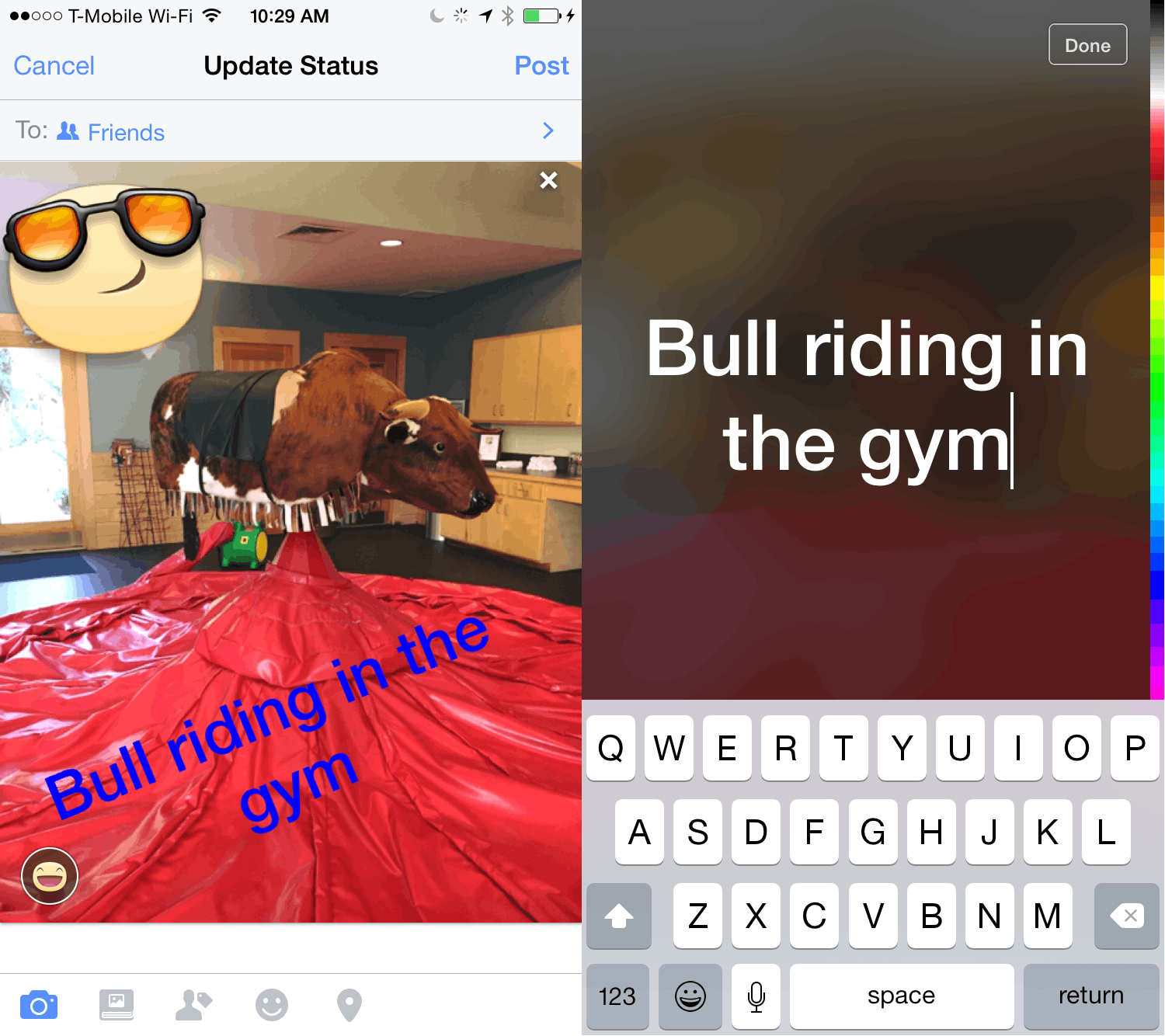 Also like Snapchat, Facebook’s photo editor lets you swipe through different filters—though none of them are geo-based and are admittedly more robust than Snapchat’s standard filters.

It’s not the first time Facebook launched features inspired by other apps and services. As Facebook tries to be more of a home for news and events, it’s implemented trending topics and hashtags, two features Twitter popularized. And “On This Day” is a copycat of throwback Thursday generator Timehop.

Snapchat is quickly creeping up with Facebook in popularity among young people, so the social network must continue to figure out how to remain alluring. Of course, if people are using Snapchat, they can just save their creations to upload to Facebook later.