Instagram is joining Facebook’s long history of trying to copy features from the younger, hipper Snapchat. The company announced “Instagram Stories,” on Tuesday, and Snapchat users will recognize the feature immediately.

Stories are meant to let you document your life without being overly filtered on Instagram, as the stories disappear after 24 hours.

By taking and sharing photos and videos in real-time, it brings a little bit more authenticity to your Instagram feed, traditionally filled with single snapshots of moments perfected through filters.

It would be a revolutionary addition to the service, except for the fact that it’s literally identical to Snapchat Stories, right down to the design of the feature with doodling options and a colorful circumference around the profile photos letting you know your friends have new content. 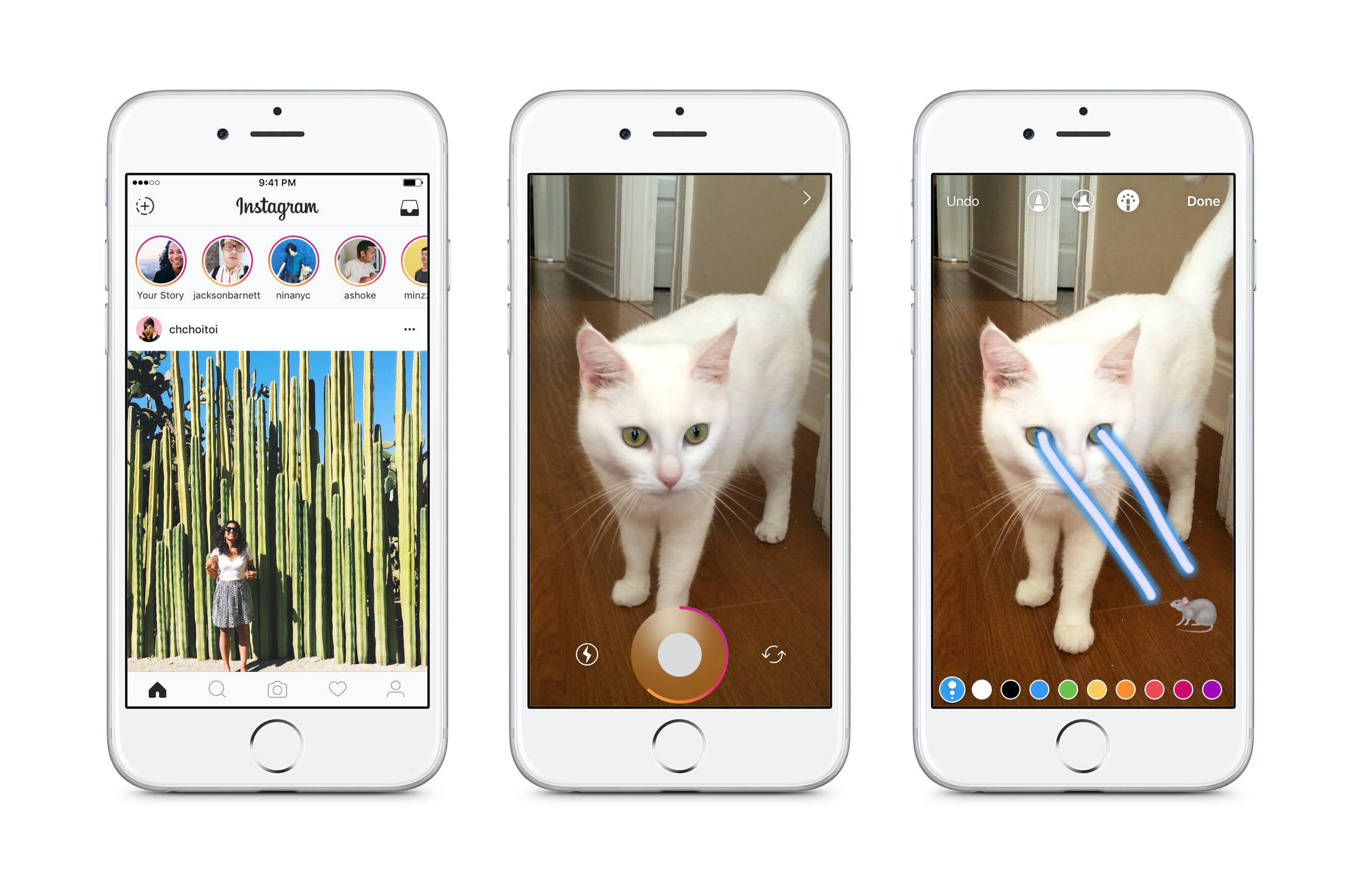 In a video announcing Stories, Instagram takes you through the ways in which people might use it, from being silly on a hike to shopping to going out with friends. Capturing and sharing photos and video is the same as it is on Snapchat, and you can even overlay stickers on moving video (like Snapchat). The stories appear in circular avatars at the top of your feed, and you can share them with others or hide them from specific people, and, like Snapchat, there are no public comments. If your friend comments on a Story, it will go to your Instagram inbox.

There are a few minor differences, like different filters and being able to skip ahead and go backward on the Stories timeline. Otherwise, Instagram was quite blatant in its copying of the app, right down to the name “Stories,” and people are noticing.

Instagram ripping off Snapchat doesn’t really come as a surprise, as Facebook has tried before to implement some of the features that attract millions to the ephemeral messaging app. Its standalone apps Poke and Slingshot totally failed, and Messenger recently implemented a QR code to identify yourself and share with friends, just like Snapchat. And last year, Facebook updated its photo editor to include stickers and text overlay.

Stories are a new format that’s just starting to see broad adoption, and we’re excited to bring them to Instagram and help evolve them. Over the years we’ve been really successful at bringing formats to Instagram like video, messaging with Direct, and Boomerang.