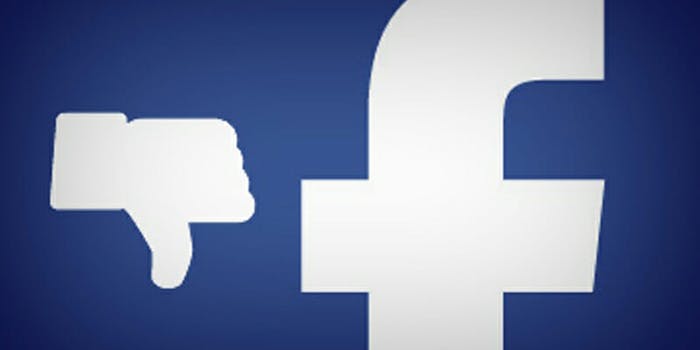 Are the people finally getting what they want?

Facebook users have been vying for a “dislike” button for years, and a new feature reportedly in beta testing is the closest version of that users have seen so far.

Multiple users on Thursday posted screenshots of a “downvote” option for Facebook comments and posts. The social media company confirmed that it’s testing a new “feedback” option on public posts—but it’s not being called a “dislike button.”

“We are not testing a dislike button,” Facebook said in a statement. “We are exploring a feature for people to give us feedback about comments on public page posts. This is running for a small set of people in the U.S. only.”

I now have #FacebookDownvote on sponsored posts in my feed! #smm #socialmediamarketing #socialmedia #digitalmarketing pic.twitter.com/BKZyS25ZEZ

According to TechCrunch, when tapped, the downvote button hides a comment and gives users the options of flagging it as “offensive,” “misleading,” or “off topic.” It’s likely part of Facebook’s initiative to prioritize legitimate information sources, cut down on the fake news, and increase “meaningful interactions” users see on their feed, which has so far been a bumpy process.

According to Facebook, the downvote testing is only temporary and won’t have any impact on a post’s ranking. TechCrunch reports:

It’s designed as a way to give feedback to Facebook, not the commenter, and there will be no publicly visible count of how many downvotes a comment gets. The test is running for 5 percent of Android users in the U.S. with language set to English. The downvote button only appears on public Page posts, not on posts by Groups, public figures or users. There’s currently no plan to expand the test as is.

Noting that imitation is the “sincerest form of flattery,” Reddit co-founder Alexi Ohanian joked on Twitter about the obvious similarity between the Facebook feature being tested and the downvote button that has existed on Reddit for years.

Sincerest form of flattery! Wish I'd trademarked it and “upvote” when came up with it. 😂😂 https://t.co/wJMxILChCV