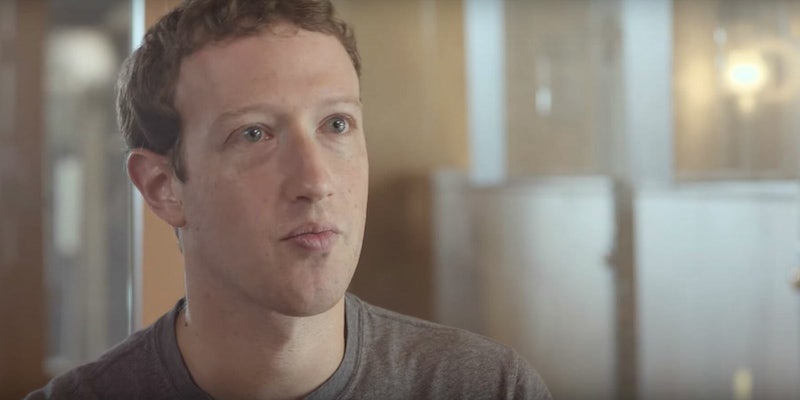 Does the success of Stories signal the end of Facebook’s News Feed?

Zuck says Stories will soon be the most popular method for sharing content.

A surprising statistic offered by Facebook CEO Mark Zuckerberg during the company’s fourth-quarter earnings call on Wednesday has led some people to predict the death of the News Feed.

The way people use social media is in constant flux. One month, livestreaming is in, the next, everyone is talking about photo sharing. To avoid behind left behind, social networks have looked to competitors to see how they can improve their own platforms. Several cloned features have found new life on rival sites, none more so than Instagram’s ripped-off version of Snapchat Stories.

The feature’s growth has been staggering. Instagram Stories and WhatsApp Status both have 300 million daily active users. For Instagram, that’s up from 200 million in April, when it eclipsed Snapchat, and 250 million in June.

These short-lived montages of photos, videos, and filters are now putting pressure on the News Feed—the main page for displaying content since 2006. Zuckerberg may have hinted at major changes coming to Facebook-owned social networks.

“Another important shift that we’re seeing across the industry is the growth of Stories. We expect Stories are on track to overtake posts in Feed as the most common way that people share across all social apps. That’s because Stories is a better format for sharing multiple quick video clips throughout your day.

The growth of Stories will have an impact on how we build products and think about our business, including WhatsApp and Instagram, which are the No. 1 and No. 2 most used Stories products in the world.”

Is Zuck suggesting Stories could one day replace the iconic News Feed? Maybe. But don’t expect Facebook to be overhauled anytime soon. If it does put more emphasis on Stories, it will likely experiment with Instagram and WhatsApp, platforms with younger user bases. Changing how users interact with Facebook could undermine its revenue model, which relies heavily on News Feed ads. Not to mention, Facebook’s Stories feature has been an utter failure compared to Instagram, WhatsApp, and even Snapchat.

But don’t rule the world’s largest social network out just yet. The News Feed has been a pain point over the past year and there are several compelling reasons for doing away with it. The News Feed, you’ll remember, was the vehicle used to spread Russian propaganda during the 2016 presidential election.

The company is now struggling to fine-tune its algorithms. An attempt to rectify past mistakes, Facebook has made major alterations to the News Feed by ranking user posts ahead of news articles. But the company has received backlash for leaving businesses and news organizations behind. Stories would offer a more hands-off approach, allowing users to do the heavy lifting. A shift to Stories would also fall in line with the company’s recent pivot to video content. In fact, Zuckerberg blamed a drop in viral videos making it to the News Feed for why time spent on Facebook declined by 50 million hours last quarter.

Facebook is still in a good position financially, so there’s no immediate need to mix things up. But don’t be surprised if it looks to Stories when the going gets tough.