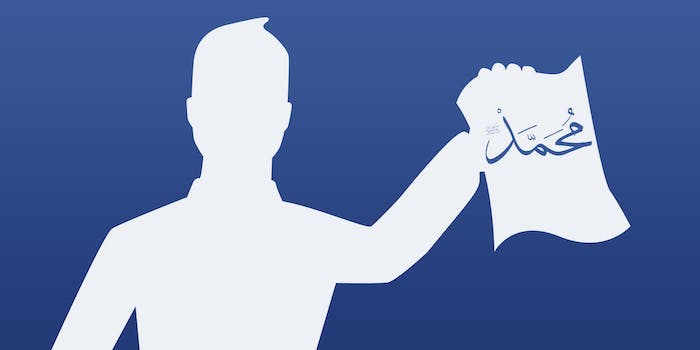 Facebook agreed to censor a single page. But Turkey seems to want to censor all dissent.

Yes, there’s a dark irony that Facebook cofounder Mark Zuckerberg declared “Je suis Charlie” just before his company reportedly agreed to censor some images of Muhammad on the social network. But no, Facebook will not censor your post if it contains a photo of Muhammad. Unless you’re in Turkey, that is, and even then, it’s only a handful of images.

Make no mistake: these are terrifying times in Turkey, whose government, led by President Recep Erdogan, is cracking down on online speech in his country at a frightening rate.

It’s true, Erdogan’s administration is among the many that claims to have stood in solidarity with the French satirical newspaper Charlie Hebdo, the victim of a terrorist attack after it published irreverent caricatures of the Islamic Prophet Muhammad. But in the past year, his administrations (he was Prime Minister until 2014, when he left the job to become President) have issued temporary blanket bans on Twitter, YouTube, and hundreds of other sites.

Often, it’s been expressly for his own authoritarian political gain, like when it blocked nationwide access to Twitter because a handful of accounts posted evidence of Erdogan’s own corruption. Twitter later agreed to censor just certain accounts.

So headlines like the Washington Post’s “Two weeks after Zuckerberg said ‘je suis Charlie,’ Facebook begins censoring images of prophet Muhammad,” and Breitbart’s “AFTER ZUCKERBERG SAID ‘JE SUIS CHARLIE,’ FACEBOOK CENSORS MUHAMMAD IMAGES,” are somewhat misleading. There is no blanket ban on images of Muhammad in Turkey or elsewhere. You are free to still post as many images of Islam’s Prophet as you choose.

What did happen is that Facebook has complied with a single court request to block a single page that violated local Turkish laws, a source with direct knowledge of the situation, who requested not to be identified because he or she wasn’t authorized to speak on Facebook’s behalf, told the Daily Dot. That source didn’t specify what the page contained or what law it violated, though it’s safe to assume, given what multiple sources told the New York Times, that it was indeed images of Muhammad, whose depiction is considered by many Muslims to be blasphemous.

Sure, Facebook could have stood its ground. But like all Internet companies that publish user content, it’s stuck between a rock and a hard place when used in Turkey: If the company doesn’t comply with local laws, it faces being outright blocked in the entire country, at least to people who can’t figure out simple workarounds.

We’re not weighing in on whether or not Facebook should have drawn a line in the sand and kept that single page uncensored. But we can report that this is a single incident. Recall that sites like Twitter and Facebook are often how Turks can share evidence of government crackdowns, as was the case in 2013’s Gezi Park protest.

It’s not Facebook that’s most worrisome here. Instead, be concerned with the country that jails musicians for jokes about Islam, journalists with increasing frequency over a host of dubious charges, and even former Miss Turkey for pasting a poem that mocked Erdogan on social media.