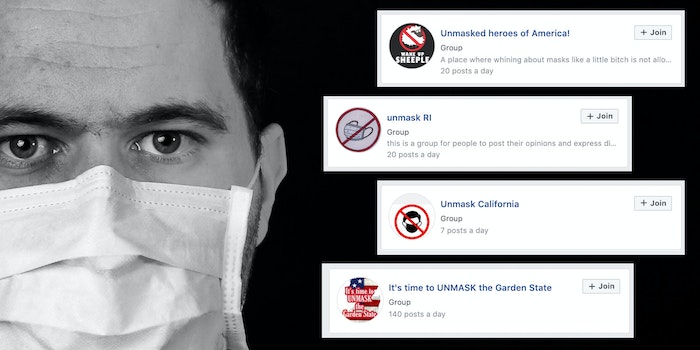 One big group went down, but who knows how many more there are.

Do you wear a mask when you go shopping? If so, Dr. Robert R. Redfield, director of the U.S. Centers for Disease Control and Prevention (CDC), believes you could be helping “bring this epidemic under control” within the next few months.