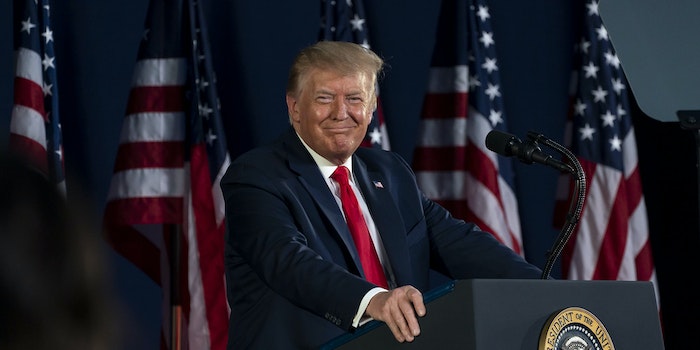 He called it 'patriotic.'

President Donald Trump on Monday finally made his clearest endorsement of wearing a mask during the coronavirus pandemic.