The Internet in space is slow—but maybe not for long

Current Internet speeds in outer space are about a decade behind the times.

While reliable Internet connectivity remains a challenge for some parts of our world, the European Space Agency (ESA) has committed to bringing significantly faster broadband to outer space by 2018.

The current speed of data transmission to destinations beyond our planet is about a decade behind those we know at home on networked Earth. That’s because the radio waves carrying Internet data have to travel vast distances to travel to reach their destination; there is significant lag time with each request before any data is received at all, and astronauts are known to complain about it.. The ESA says it’s time to stop settling; with an upgrade to its existing antennae infrastructure, it’s going to fit more information into each of the packets of data that successfully make the trip to and from space. The planned improvements will be so dramatic as to compete with the earthbound broadband experience.

The agency’s Mars Express, a spacecraft in orbit around the Red Planet for nearly 12 full years, sends and receives messages to Earth at a speed of 228 kilobytes per second. By comparison, a home back on Earth might have an Internet connection that tops out at 100 megabits per second. This means we can check our email on Earth at speeds 430 times faster than the European Space Agency can control its $335 million Mars orbiter.

The agency maintains a network of satellite dishes around the world called the European Space Tracking Network, or Estrack. The three largest dishes, each measuring 35 feet across, will be reconfigured to operate at a higher frequency that is capable of carrying much more data in its radio waves. The time for the radio waves to reach their destination is unchanged, as radio waves always travel at the speed of light, but each packet of data successfully transmitted and received will be much denser with information; more of the Internet will be available more quickly in outer space. 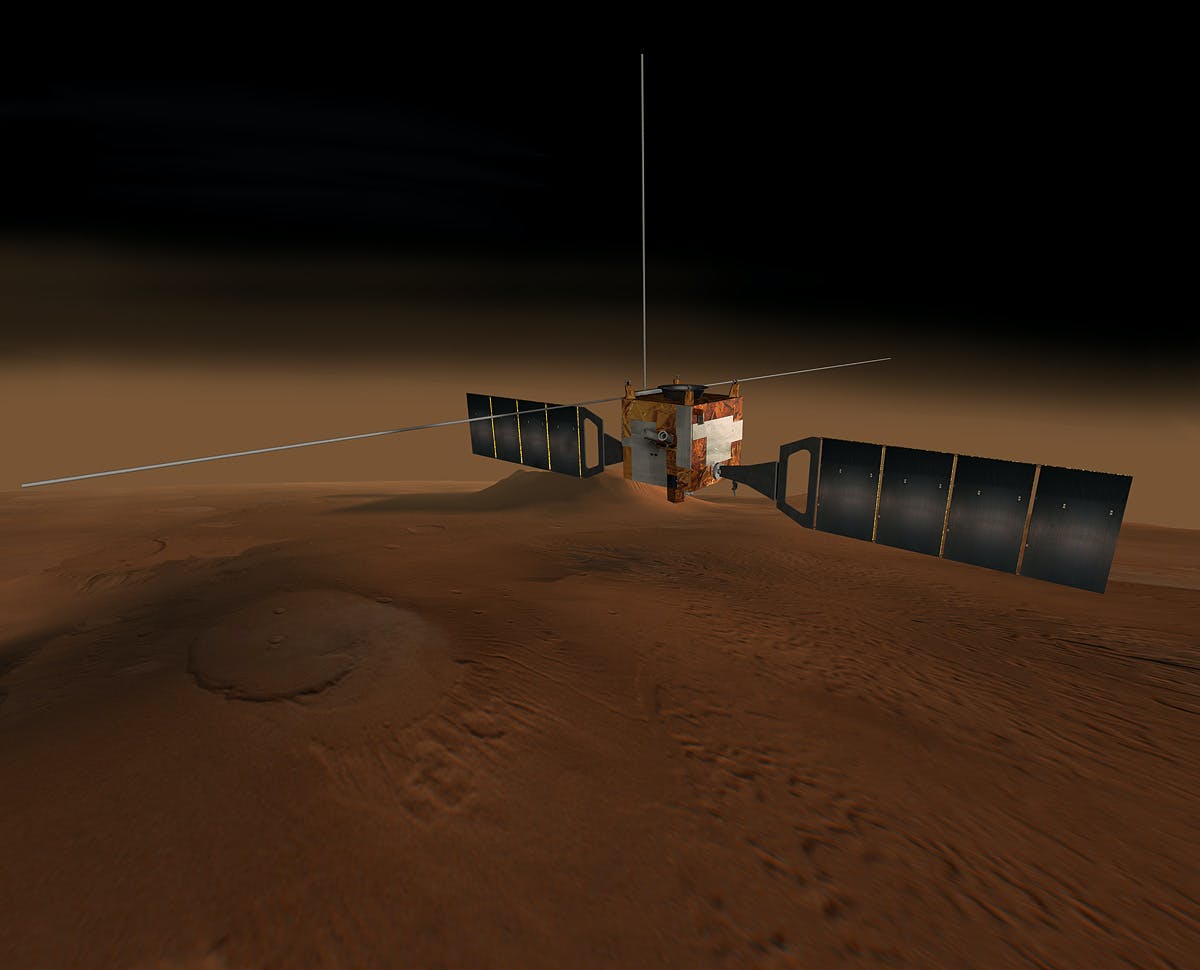 A computer-generated rendering of Mars Express.

This is a bet on the future. The European Space Agency has projects coming up that stand to benefit from being able to send and receive lots of data very quickly. Its Euclid Space Telescope, a mission to put a high-powered camera in outer space to study the universe’s dark matter up close, will launch in 2020 and enjoy Internet speeds of 75 megabits per second with these beneficial alterations. The agency’s ExoMars Trace Gas Orbiter, scheduled to launch next year to build a map of the Martian atmosphere, will be able to communicate with home 10 times faster than the Mars Express, already by this time running on outdated protocols.

NASA has investigated improving its own outer space connectivity with help from lasers, and Elon Musk has petitioned the government to let him launch Internet-supplying satellites into orbit. There is already some thinking in place about how the human race might go about building an interplanetary Internet system.

If this and the ubiquitous smartphone are any indication, the future seems plain: Wherever humanity goes, we will bring our connectivity with us.