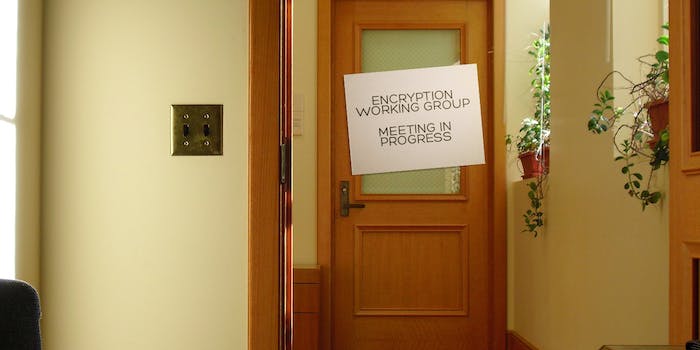 The question remains: Can this working group get anything done?

The two House committees that have teamed up to study encryption offered a few more details on Thursday about their politically and technologically fraught work.

Lawmakers from the Judiciary Committee and the Energy and Commerce Committee will spend “the next several months” meeting with law-enforcement officials, tech companies, trade groups, civil-liberties organizations, legal experts, academics, and security engineers, and will receive “technical briefings on encryption,” the group said in a statement.

The congressional working group is a response to a growing debate about the role of encryption in public life, as law-enforcement and intelligence officials push for limits on the strength of digital security over concerns that criminals and terrorists are using it to hide their activities.

Technologists, Silicon Valley executives, and privacy advocates have staunchly resisted these attempts to weaken encryption by requiring tech companies to insert so-called “backdoors” that let them comply with warrants. They argue that undermining encryption will endanger vastly more people than it helps; push customers to unregulated foreign encrypted platforms; and embolden repressive regimes to demand similar access to user data.

Tensions over encryption came to a head recently when the U.S. government battled Apple over the locked iPhone of a dead terrorist. In response to the high-stakes legal drama, Congress held several hearings on encryption, bringing in Apple‘s top lawyer, the FBI director, local law-enforcement agents, and security experts.

The initial announcement of the group followed the introduction of a bill to create a digital-security commission, composed of outside experts, to study encryption and related issues. The leaders of the Judiciary and Commerce committees have said that lawmakers, not outsiders, should take the lead role in studying these complicated subjects.

Several of the working group’s members are staunch privacy advocates who have roundly rejected backdoors on many occasions, including Reps. Suzan DelBene (D-Wash.), Zoe Lofgren (D-Calif.), and Darrell Issa (R-Calif.).

“Members of the working group agree that encryption is a critical tool for protecting Americans’ privacy and security and that private industry must continue to increase its effectiveness,” the four committee lawmakers said. “However, challenges remain for law enforcement seeking to protect the American people from criminals and terrorists. We look forward to continuing our work on this important issue.”