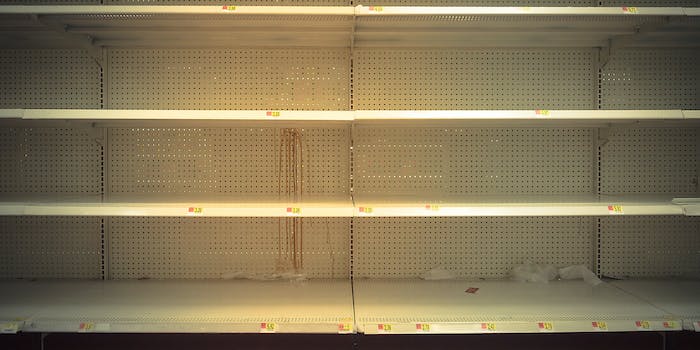 There are larger forces to blame for shortages and inflation.

As America returns to the pre-pandemic way of life, many are wondering why they’re still seeing empty shelves and inflation.

Conservatives on social media have a theory: blame President Joe Biden. So many tweeted about it that #EmptyShelvesJoe and #BareShelvesBiden trended on Twitter this week.

Some people made good points, such as wondering what will happen to heating fuel prices over the winter. Others keyed up the dramatics or even seemed celebratory.

“How one man ruined the most powerful nation on earth in less than a year is remarkable. #EmptyShelvesJoe,” tweeted Carmine Sabia.

“Paternity leave, they call it, trying to figure out how to breastfeed, no word on how that went,” Carlson said on the show.

Many people pushed back against Carlson, labeling his and others’ comments about Buttigieg’s paternity leave homophobic and sexist.

So what is wrong with the supply chain? Amid ongoing shortages of some items, people are being warned that the Christmas buying spree will cause further delays.

There are several reasons for the shortages, experts say. Much of the problem simply boils down to two factors: how much Americans consume and lingering effects from the pandemic.

Reuters reported: “Americans, already by far the world’s biggest consumers, have simply been buying a lot more stuff during the pandemic, much of it imported. Couple that with labor shortages, equipment shortages and a lack of space to store that stuff, nationwide.”

Many social media users pointed this out to those blaming the Biden administration. They also noted that there were far more shortages last year when Trump was president.

“What has caused this just Biden taking office or ‘supply and demand’ or COVID economics?” tweeted one.

“People crying about #emptyshelvesjoe were totally ok with the empty shelves we had last year and have since then? Hypocrisy knows no bounds,” @boastfulbadger said.

Reuters reports that Biden has been meeting with leaders of ports, unions, and business seeking a solution to shortages and inflation.