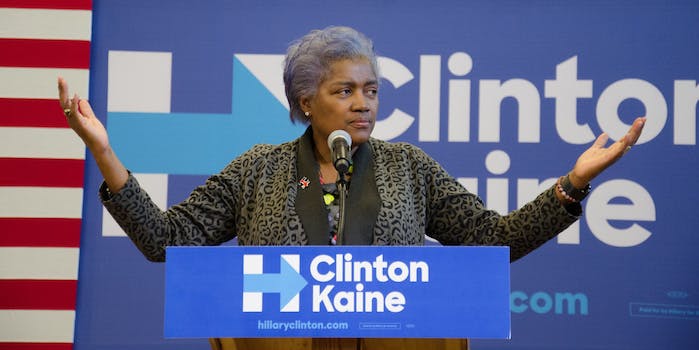 Donna Brazile, the interim leader of the Democratic National Party, reportedly caught an earful from a staffer at the Democrats’ first meeting since Hillary Clinton’s devastating loss.

According to the Huffington Post, a staffer identified only as “Zach” took aim at Brazile and her “friends”—an apparent reference to DNC leadership, including former chair Debbie Wasserman Schultz—over their failure to produce a victory against one of the most unconventional national candidates in U.S. history.

Zach depicted the adamancy of nominating Clinton, the subject of a then-ongoing federal investigation, as careerism before country. As Brazile spoke to approximately 150 employees, Zach stood for a question before letting loose on Brazile, who was appointed interim chair after Wasserman Schultz stepped down shortly before the national convention in July.

“Why should we trust you as chair to lead us through this?” Zach reportedly asked, according to two Huffington sources present for the meeting. “You backed a flawed candidate, and your friend [former DNC chair Debbie Wasserman Schultz] plotted through this to support your own gain and yourself.”