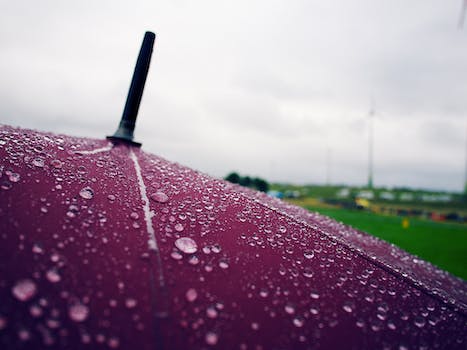 This umbrella will text you if you forget it

The most annoying umbrella in the world, or a fantastic invention? You decide.

It’s hard to imagine something as simple as a deployable nylon tarp become “smart” in any way. But as difficult as it might be, Dave Kahng did imagine it, and the result is an umbrella that nags you via text message if you leave it behind. 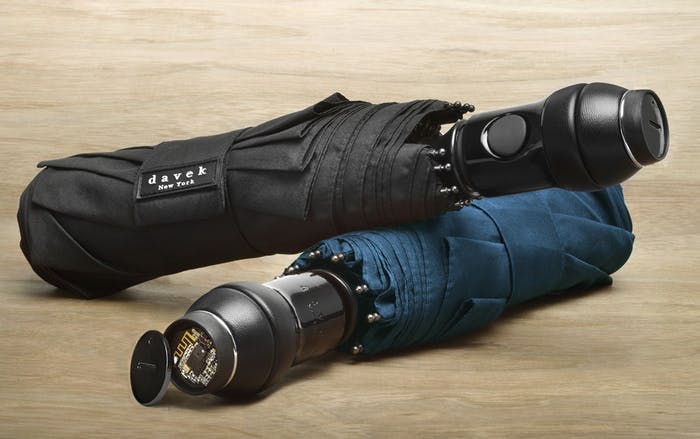 Launching under his company’s banner, the Davek Alert Umbrella is like a drunk friend at a house party, spamming your text alerts if you walk more than 30 feet away from it. Of course, unlike your weekend drinking buddy, the Alert Umbrella is actually useful. Using a chip and battery embedded in the handle, the umbrella syncs with the Davek app to give you local weather alerts and, of course, to make sure the umbrella never leaves your side. 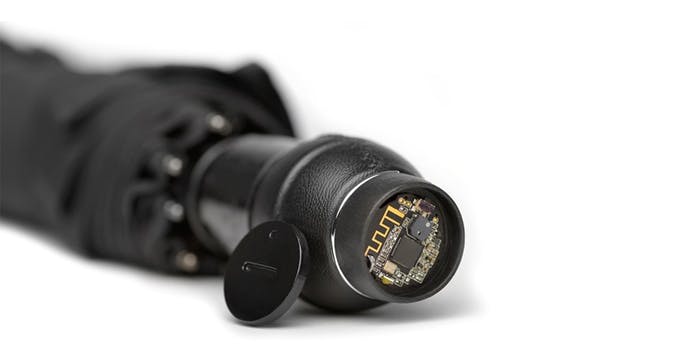 Described as a “high-performance umbrella,” this quirky gadget is, well, an umbrella. Davek is known for the quality of its umbrella craftsmanship, but as far as “performance” goes, if it keeps you dry, it’s doing its job. The real reason you’d want the Alert Umbrella is that it can’t really be left behind, which is a very good thing if you’re spending the retail price of $125 on it. The Kickstarter campaign (which is about halfway to its goal with over a month of funding left) is offering the Alert Umbrellas for $99, with shipping expected in September.