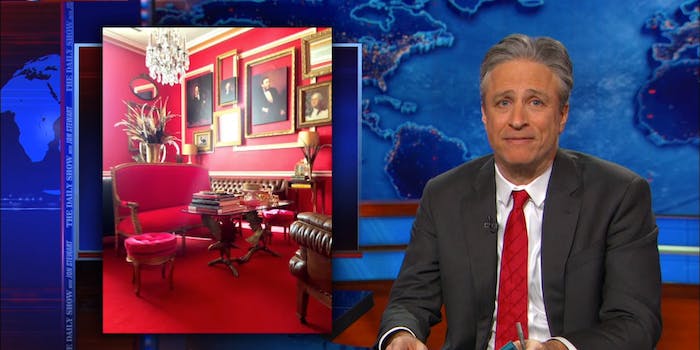 Won't someone think of the interns?

Rep. Aaron Schock (R-Ill.) may have allegedly spent taxpayer and campaign money to make his office look like something out of Downton Abbey, gone on lavish vacations, and overcharged the government for mileage, but his constituents aren’t the victims in the wake of his resignation.

The people who interned for him will go from working in an aesthetically awesome office to working in no office at all—or, worse, an office that’s too boring-looking to Instagram. They’ll have a less exciting life without all of the vacations and places to visit. They’ll have to live like the rest of us Muggles.

And as Jon Stewart explained on The Daily Show, that’s a dreary outlook if there ever was one.