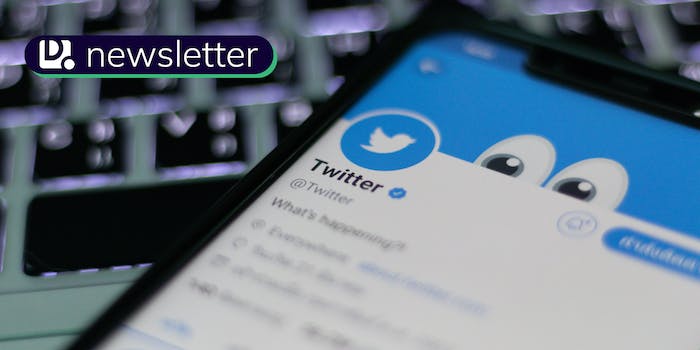 Newsletter: Is Twitter trying to stop you from being mean?

Hello fellow citizens of the internet! Andrew here, hope you enjoyed the guest appearances from Ramon and Tiffany. Welcome to today’s edition of Internet Insider.

Speaking of Tiffany, it’s Friday so that means we’ve got her “This Week On The Internet” column down below. Besides that, we’ve got some top stories about big tech, responses to the Uvalde shooting, and a Tucker Carlson debunk.

Don’t forget to check the bottom of the newsletter for Tiffany’s favorite meme of the week.

BIG TECH: Twitter users are expressing annoyance and outrage in the wake of the mass shooting in Uvalde, Texas after their tweets criticizing politicians in Texas are being flagged for being too coarse. Many tweets are being met with automated messages from Twitter urging them to alter their tone. People aren’t happy about it.

CULTURE: Quinta Brunson, the creator of Abbott Elementary, called out people who are asking for a school shooting episode in the wake of the Uvalde mass shooting. Brunson shot down the “many” requests she gets, adding: “We’re not okay. This country is rotting our brains. I’m sad about it.”

DEBUNK: Twitter users are questioning whether Fox News host Tucker Carlson had his Twitter account hacked after pronouns and a Ukrainian flag appeared in his bio. Our Tech Reporter Mikael dug into the claims and investigated them further. Check out his full deep dive here.

Grief on the timeline

On Tuesday, a shooter entered an elementary school in Uvalde, Texas and killed at least 19 students and two teachers. The details that have emerged since have been heartbreaking and chilling, including the news that the husband of one of the slain teachers died from a heart attack after the incident.

Online, there have been outpourings of grief and anger as people digest the news of yet another mass shooting in America.

“Everyone I know is drowning in grief,” Molly Priddy (@mollypriddy) wrote on Twitter, echoing the sentiment of many others. “I know that humans have been experiencing grief for thousands of years but idk if we’re made to process it on such a large scale, so consistently,” wrote Sydney Battle (@sydneybattle).

There is a lot going on. Before this shooting, there was another one at a grocery store in Buffalo, New York—killing 10 people. More than 200 mass shootings (incidents where at least four people were shot) have occurred in 2022 so far.

But it’s not just mass shootings that are on people’s minds; we’re also worrying about abortion rights being taken away, new COVID-19 variants, war, climate change, and more. There’s so much to absorb.

Since Tuesday’s shooting, Twitter has become a tool to find information outside of what authorities have reported.

Families of the victims have shared tributes and links to fundraisers. But it’s also become a space to vent and get angry as many ask how we could have let this happen. Because what keeps happening in our country is not normal.

How many times does it have to be said?

Splash away wrinkles with the future of clean beauty

Rejuvenate your skin with the next wave in the clean beauty movement. One Ocean Beauty’s marine-powered skincare line is clinically proven to sculpt and smooth the complexion, so you can wash away your wrinkles, cellulite, and dark spots. Get your skin summer-ready with these sustainable, clean skincare products and save 30% with code SUMMER30.

📹 A woman says that a Dallas-based café chain is using a video of her that was taken without her permission to promote the business, even after she requested that the video be removed.

🍋 Panera Bread’s “Charged Lemonade” is once again going viral because of its high caffeine content. A TikToker’s recent video went viral for saying Panera was “lowkey killing everyone” with the new beverage.

☕ Yikes. A customer says a ceiling tile fell on him and his family while dining at Starbucks, prompting commenters to encourage him to sue.

🚘 In a viral video, a woman exposed her Bumble match who she claims faked a car accident to cancel their date, even using a Google image of a car accident from the news to try and fool her.

✈️ A TikTok video has gone viral after a Delta Air Lines employee suggested that a flight was canceled because the pilot did not have qualifications to fly the plane.

🧹 From family favorites to the most bitchin’ witches in Spain, these spellbinding movies are perfect for your next movie night.*

🖥️ A Florida law that would have allowed politicians to sue social media companies if they were banned was struck down by a court of appeals this week, just hours before it was set to go into effect.

Is this what a hot Voldemort (sorry) looks like? The newest villain in the Thor franchise is a breakout meme.