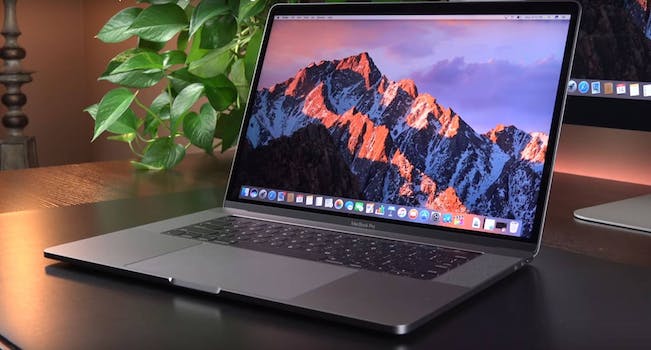 Another bite at the Apple.

Last month, Consumer Reports made a shocking decision to deny the MacBook Pro its “recommended” award for the very first time. The nonprofit ran into problems with the computer’s battery life, citing inconsistent run-time results during testing. Those run times ranged from a dismal 3.75 hours to an excellent 19.5 hours. Apple took the complaints to heart, and worked with the publication during the holidays to look for any issues.

Apple announced today it identified and fixed a bug that was triggered by Consumer Reports’ testing methods.

Before taking any laptop through a series of battery tests, Consumer Reports turns off caching in the computer’s default browser. Caching is a method of speeding up internet load times and saving battery by storing information of recently visited web pages locally, on a hard drive. By turning this feature off, Consumer Reports is forcing the browser to load websites for the first time—adding significant strain to the CPU.

But it wasn’t just the added load put on the MacBook Pro’s processors that led to its battery issues. It was a bug in Apple’s Safari browser that caused the real headache. A fix for the bug can be downloaded for anyone signed up with Apple’s Beta Software program. It will be released in a bigger software update for all MacBook Pro users in the next few weeks.

“We appreciate the opportunity to work with Consumer Reports over the holidays to understand their battery test results,” Apple said in a statement. “We learned that when testing battery life on Mac notebooks, Consumer Reports uses a hidden Safari setting for developing web sites which turns off the browser cache… We have also fixed the bug uncovered in this test.”

Consumer Reports, on the other hand, is giving the MacBook Pro creators another bite at the Apple (we had to). The nonprofit organization wrote in a statement that the new MacBook Pro would have another chance at receiving the recommended rating.

“We have now downloaded the software fix and are rerunning our battery tests with the fix in place on the same computers previously tested,” Consumer Reports wrote in a statement. “If the battery life results are consistently high, the ratings score for MacBook Pros would rise, and those laptops will then receive Consumer Reports’ Recommended rating given their performance in all our other evaluations.”

We wonder if there are other underlying issues with the computer’s battery life, given the numerous complaints found throughout Apple forums. Interestingly enough, the tech giant claimed most users would never turn caching off, and therefore wouldn’t be affected by the problems Consumer Reports ran into. We anticipate not all users complaining of poor battery life are using the Safari browser in the first place. Those who are would need to have manually turned off a power-saving feature, or constantly be loading new websites.

We have reached out to Apple for further comment on other potential battery life issues.