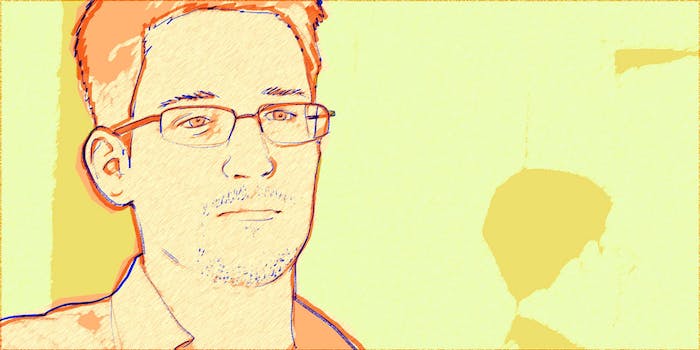 “As a result of the Snowden revelations, the onset of commercial encryption has accelerated by seven years,” Director of National Intelligence James Clapper told reporters at a breakfast hosted by Christian Science Monitor on Monday morning. Clapper said his comment was based on analysis by the National Security Agency.

Asked whether he viewed the increased adoption of encryption as positive, Clapper said it was not.

“From our standpoint, it’s not … it’s not a good thing,” he said, according to the Intercept.

The accelerated adoption of encryption has been at the center of a global debate about technology and privacy. In the U.S., top members of the Senate Intelligence Committee recently introduced a new bill that would effectively ban strong encryption by requiring American technology firms to provide decrypted data to the government when served with a warrant.

The publicly available numbers corroborate Clapper’s claims. Last year, a Daily Dot report showed that encryption and privacy tools have become far more popular since Snowden’s revelations, with major increases in the use of tools like the Tor network and PGP email encryption.

Of all the things I've been accused of, this is the one of which I am most proud. https://t.co/1qybuvnmpt https://t.co/yoAF71KFXc

This year, the Daily Dot looked at 10 of the best privacy tools available to the public. Many involve encryption, and all of them are gaining in popularity likely due to the debate sparked in large part by Snowden.

Clapper also said on Monday that he was evaluating “several options” to publicly release how many U.S. persons were watched in Internet surveillance intended for foreign targets.

Those comments came in response to a letter from a bipartisan group of 14 lawmakers who said they need “hard facts” on American surveillance “in order that we may properly evaluate these programs.”

Clapper spoke on Monday at an event hosted by the Christian Science Monitor.