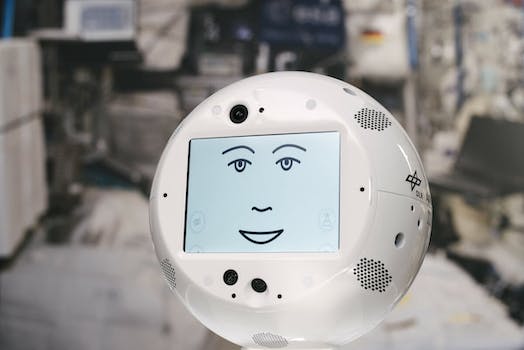 It's not HAL—it's a companion for ISS astronauts.

Being an astronaut on the International Space Station is a lonely job. You’re flying 254 miles above Earth’s surface, you’ve got a heck of a lot of work to do, and you’ve only got a handful of other astronauts to talk to. But when German astronaut Alexander Gerst heads up to the ISS for his next six-month mission, he’ll have a new companion: CIMON.

CIMON (pronounced Simon) stands for Crew Interactive Mobile Companion. CIMON is a mobile, interactive, and intelligent astronaut assistance system. It’s also the first flying robot AI to head into space, and it will do so at 5:41am EST aboard a SpaceX Falcon 9 rocket.

CIMON is a roughly 11-pound, basketball-sized sphere built by Airbus and powered by IBM’s Watson technology. Its primary role is to help Gerst with three tasks: performing an experiment with crystals, solving a Rubiks magic cube together by watching videos, and conducting a complicated medical experiment where CIMON will act as a flying camera.

CIMON has been trained on the ins and outs of these tasks—experiments can take 100 steps or more—as well as the jargon that astronauts speak on the ISS. It can also identify the astronauts who are on board. Being an AI, it also has a distinct personality of its own—specifically, a Meyers-Briggs ISTJ personality (introverted, sensing, thinking, and judging). It also has contextual and voice intonation awareness, so it should be able to tell whether astronauts like Gerst are happy or sad, or whether it’s serious work time or more casual downtime.

Since the first announcement of the CIMON project back in February, a number of people have drawn comparisons to HAL, the villain AI from the movie 2001: A Space Odyssey. “We may watch sci-fi for inspiration,” said Brett Greenstein, IBM’s Global Vice President of Watson Internet of Things Offerings, “but it is fiction.”

The whole point of an AI like CIMON is that it’s a useful tool that knows its user well and can provide feedback quickly, Greenstein says. Its role is to be a knowledge source that works in the background so that scientists aboard the ISS can focus on the most important aspects of their job. Like HAL, it isn’t charged with mission critical space station controls.

Developing CIMON required overcoming several challenges such as the hardware constraints of being in zero gravity aboard the space station (there are safety, quality, and risk factors associated with hardware design) and the fact that the robot would be very far away from the internet and the cloud. IBM engineers had to work on CIMON’s latency to make sure that its responsiveness would be useful.

Greenstein is thrilled to see this launch. “It’s the most passionate thing I’ve ever worked on,” he said. It’s also the ultimate test for IBM’s Watson technology.

“This is the best stress test we could ever hope for in terms of Watson’s conversational skills,” he said. “It’s difficult working conditions, it’s time critical. This is where consumers expect robot conversation to be, and it has to be useful.”

CIMON’s debut aboard the ISS is a huge step for AI and robot kind. For the astronauts onboard, it should also help them feel less stressed—and less alone.