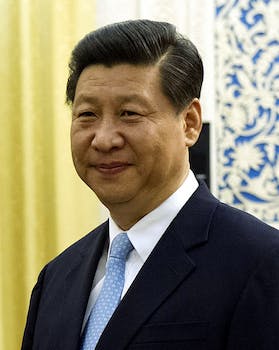 Why is China really cracking down on Internet anonymity?

China’s newest leaders have only been in office a few months, but they’re already preparing to tighten controls over the country’s Internet. The Associated Press reports China’s legislature is discussing a bill that would require real-name registration for every Internet user, officially to cut down on Internet “bullying” and harmful rumors.

But the legislation is a clear sign new president Xi Jinping, and others signed into power in November, plan to further lock down anonymous attacks on official malfeasance and corruption.

The move comes on the heels of a widely circulated online petition, penned by 70 prominent Chinese scholars and lawyers, demanding free speech and independent courts. Though the bill hasn’t yet passed, the legislature has scheduled a news conference Friday, which the AP has suggested is a sign it’s likely to be approved.

China’s authoritarian leaders have long had a delicate relationship with the Internet, both craving its power to drive economic growth and fearing its ability to decentralize information and thus serve as a launching pad for government critiques.

Indeed, the Internet has given Chinese leaders some serious headaches over the the past year. The country’s Twitter-like microblogging services have served as a hotbed of government criticism, including excoriating critiques of the official response to a train disaster in 2011 that left 39 people dead. More recently, social media has helped propagate a series of sordid sex scandals involving powerful local Chinese officials.

As a response to the growing might of social media, Beijingforced real-name registration on microblog services like Sina Weibo in May. The new legislation will affect the Internet as a whole, however, which should have a chilling effect on free speech.

Even criticizing the government on a foreign website—and under a pseudonym—can get you in trouble. In November, just days after the country’s leadership transition, authorities detained Beijing resident Zhao Xiaobin after he told a joke about the new leaders on Twitter.

He hasn’t been heard from since.

Photo by Secretary of Defense/Flickr