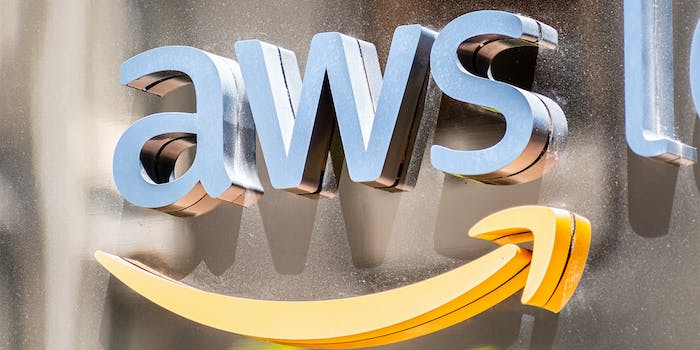 The Texas man wanted to 'kill off about 70% of the internet.'

A Texas man who traveled to the Capitol for the Jan. 6 riot attempted to obtain explosives in order to bomb Amazon data centers, the U.S. Justice Department (DOJ) has revealed.

Seth Aaron Pendley, a 28-year-old native of Wichita Falls, pled guilty on Wednesday over a plot to bring down “about 70 percent of the internet” by bombing data centers throughout Virgina.

Pendley was arrested in April after attempting to buy fake C4 explosives from an undercover FBI employee. A DOJ press release states that the FBI learned of Pendley after being contacted by a “concerned citizen.”

As part of a plea deal, Pendley admitted to telling a confidential human source in January about his intentions over the encrypted messaging app Signal. Pendley then shared a list of addresses for data centers the following month as well as a hand-drawn map of a specific data center on Smith Switch Road in Virginia.

After the source offered to introduce him to an explosives dealer in order to aid his plot, Pendley responded enthusiastically: “Fuck yeah.” Only the explosives supplier, who recorded their conversations with Pendley, was working for the FBI.

Pendley reportedly admitted in the recorded conversations that his aim was to bring down servers he believed were being used by federal agencies such as the FBI and CIA. By bombing the data center, Pendley hoped to anger “the oligarchy” and spur the American populous to rise up against the current “dictatorship.”

It was during those conversations that Pendley also allegedly admitted to having a sawed-off AR rifle in his car while visiting the nation’s capital on Jan. 6, although he denied actually entering the U.S. Capitol.

“Due in large part to the meticulous work of the FBI’s undercover agents, the Justice Department was able to expose Mr. Pendley’s twisted plot and apprehend the defendant before he was able to inflict any real harm,” Shah said. “We may never know how many tech workers’ lives were saved through this operation—and we’re grateful we never had to find out. Bringing to justice domestic extremists remains one of the Department’s top priorities.”

Pendley is currently facing between five and 20 years in federal prison and set to be sentenced on Oct. 1.