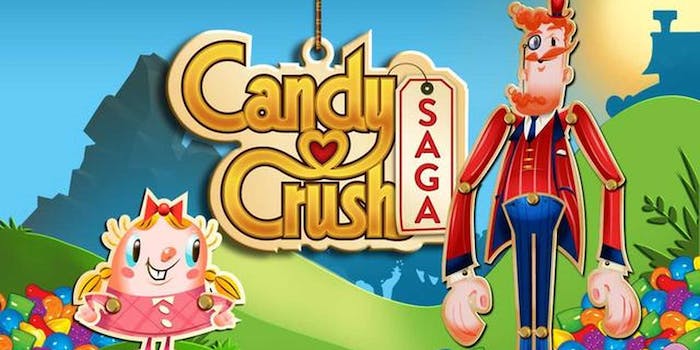 First, they stole our time. Now, they're taking our vocabulary?

In a mind-boggling turn of events, the developers for the smash-hit mobile game Candy Crush Saga apparently filed a claim to the word “candy”—and won. But don’t panic just yet. You can still use the word to describe, you know, candy. The lawyers for developer King won’t come barrelling down on every time you talk about your sweet tooth.

In fact, using the word in any context is generally just fine. But it’s a whole different gingerbread house if you’re looking to bite into Candy Crush’s marketing potential.

King is already busy asserting its new rights, according to popular games outlet Gamezebo, which broke the story earlier today. Developers, like All Candy Casino Slots’ Benny Hsu, are being told to either “remove their app or prove that their game doesn’t infringe upon the trademark.”

Now, the real question is: how large of an empire is King looking to establish? Are the makers of Candy Crush Saga angling to be the next Rovio? More importantly, will there be any words left for us when they’re done with their quest for total domination?