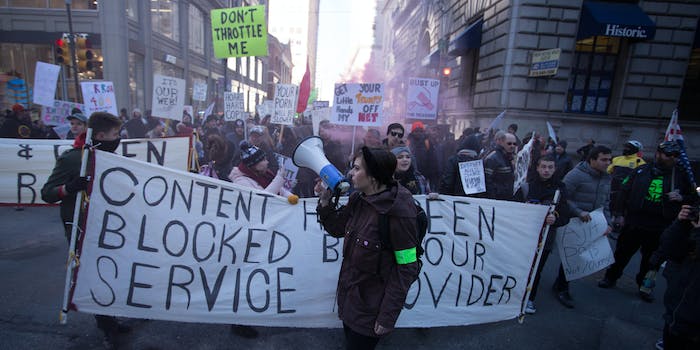 The lawsuit will be on hold as California continues to defend its net neutrality law.

Vermont and lobbying groups representing internet service providers (ISPs) have agreed to delay a lawsuit challenging the state’s net neutrality law until a legal battle in California plays itself out.

The two sides agreed to stay the litigation, and a judge signed the order late last week, which was then filed on Monday. Numerous lobbying groups sued Vermont in 2018 after it passed a law that would require ISPs to adhere to net neutrality principles to qualify for government contracts.

In late February, California’s net neutrality law secured a major victory when a judge ruled against ISP groups who sought a preliminary injunction to stop California from enforcing its law.

The judge heard arguments from both sides during a hearing and sided with California, leaving the state able to enforce its law—which goes further than the Federal Communications Commission (FCC) 2015 order, which established net neutrality rules and was later repealed by the Republican-led FCC.

ISP groups appealed the February decision, sending the case to the United States Court of Appeals for the Ninth Circuit.

In Vermont’s agreement to stay the litigation, both sides agreed to delay any action until the United States Court of Appeals for the Ninth Circuit has resolved the California case or until November 15, whichever comes first.

The state has stayed the litigation several times in the past—including ahead of a major D.C. Circuit Court of Appeals decision regarding the FCC’s repeal of net neutrality rules, and more recently, until the preliminary injunction hearing in California that took place in February.

While Vermont’s law is narrower in scope than California’s, it’s likely that both sides want to see what happens with that law before tackling their own litigation. California’s law could have major ramifications for states seeking to pass their own net neutrality laws, and much of the legal arguments against California’s law are similar to those in Vermont’s case.

Meanwhile, having a “gold standard” law for other states to follow on solid legal ground would likely help Vermont in court.

Amid all the legal maneuvering at the state level, it’s been widely speculated that the FCC, now under Democratic control, would seek to restore net neutrality rules at the federal level once President Joe Biden fills out the agency and gives Democrats a majority.

There is also the possibility of Congress passing a net neutrality law, with at least one Democrat saying a bill would be introduced soon.