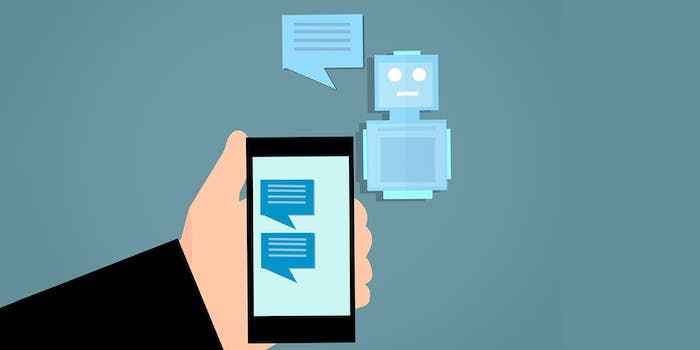 Just don't expect it to hinder those Russian bots any time soon.

A new law went into effect in California this week that regulates the use of online bots.

Those utilizing such computer programs will be required to disclose when a bot is being used under certain circumstances. The law applies specifically to bots that either advertise commercial goods and services or attempt to influence a vote in an election.

Those in violation of the law could face fines and open themselves up to lawsuits related to state statutes concerning unfair competition.

The law’s author, Senator Robert Hertzberg (D-Ca.), explained to The New Yorker his reasoning for taking on the issue.

Early drafts of the legislation demanded that all bots regardless of purpose be subject to disclosure, while any creator unwilling to cooperate would have their bot taken down by whatever platform they were hosted on. Those provisions were eventually dropped after digital-rights groups such as the Electronic Frontier Foundation (EFF) pushed back over fears that the law was encroaching on protected speech.

The bot disclosure law also exempts “any public-facing Internet Web site, Web application, or digital application, including a social network or publication, that has 10,000,000 or more unique monthly United States visitors or users for a majority of months during the preceding 12 months.”

The law comes as concerns grow over the use of bots both by domestic and foreign actors to inflate certain political viewpoints online. But given the law’s exemptions and minor scope, it is unlikely to have any effect on the spread of automated propaganda on the world’s largest websites.