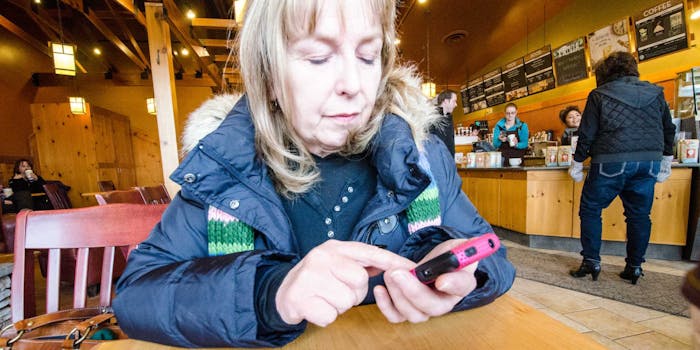 It's perfect for lazy people who really love their moms.

During his acceptance speech at the Oscars on Sunday, actor J.K. Simmons pleaded with viewers to call their mothers. “Don’t text, don’t email, call them on the phone,” Simmons said. So he’s going to hate this idea.

Over the weekend, ImHome, creators of the dedicated messaging app for families, introduced us to the imHome button. When pressed, this button shoots a pre-written text message to your mother. This way you can say “I’m alive, don’t worry,” or “I love you” with the bare minimum of physical exertion.

It’s about five steps easier than pulling out your phone and sending that exact message yourself, but I suppose there are conditions under which you would need such simplicity (i.e., when you’re too drunk, tired, or forgetful to do it yourself).

The imHome button was developed at last weekend’s Treehacks hackathon. The actual button is the product of bt.tn and it can be programmed to do a whole lot of things besides notifying your mom of your continued existence. We suggest setting up your bttn to send your dear mother flowers for putting up with how incredibly lazy you are.