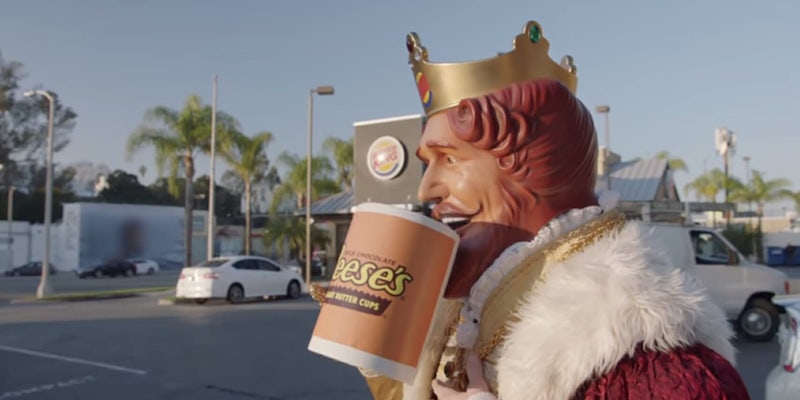 That's one way to get people to understand.

The net neutrality debate has entered the fast food arena.

Oh, and they also got in a dig at FCC Chairman Ajit Pai while they were at it.

Net neutrality is a founding principle of the internet that requires all internet traffic be treated equally. The laws ensured that internet service providers (ISPs) could not “slow down” or “speed up” internet traffic for individual users.

The speed, or “fast” and “slow” lanes were what Burger King focused on addressing in the ad.

In the ad, customers wanting a fast meal quickly get frustrated when employees tell them they’ll have to wait for their Whoppers unless they feel like paying $25.99 for faster service.

One customer even asks if this is a “lane system?”

A Burger King employee also tells a customer that “Burger King corporation believes that they can sell more and make more money selling chicken sandwiches and chicken fries, so now they’re slowing down the access to the Whopper.”

In the end, several customers get visibly frustrated with the “lane system,” calling it a “bad dream” and the “worst thing I’ve ever heard of.”

The ad ends with Burger King’s mascot drinking from a similar oversized Reese’s mug that Pai, the FCC’s chairman, has been known to drink from.

In the end, after Burger King told them about the “social experiment,” people came to understand the criticisms of the FCC’s net neutrality repeal.

“I didn’t think that ordering a Whopper would really open my eyes up to net neutrality,” one customer said.

Currently, Congress is attempting to save net neutrality by using the Congressional Review Act to overturn the FCC’s decision. In the Senate, the push needs just one more Republican senator to sign onto the bill.