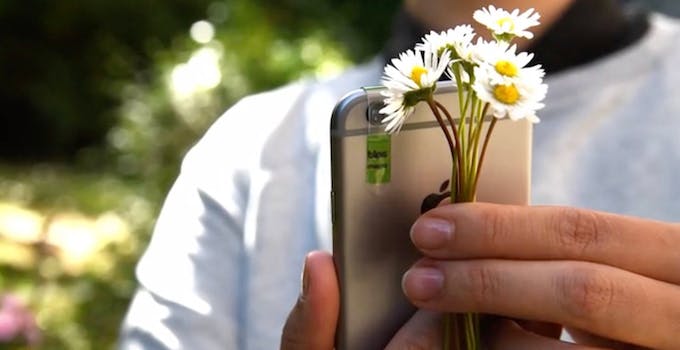 Turn your smartphone into a microscope for just $17

Cameras on smartphones have been able to capture more and more detail with every new model, but there’s yet to be one to capture the world quite like Blips, a simple and inexpensive lens that turns mobile devices into microscopes.

Created by Smart Micro Optics, an offshoot of the Italian Institute of Technology (IIT), the Blips lens is a patent pending technology that utilizes two thin elements—a macro and micro lens—to provide smartphones with the ability to magnify objects to a microscopic degree: up to 30 times a standard lens, or as much as 80 times with the zoom.

The creators of Blips claim the lens is compatible with just about every smartphone on the market, and camera sensor is rarely an issue for the accessory.

Currently available for pre-order via IndieGoGo and priced at $17 after raising $242,400 on Kickstarter, it’s an affordable alternative for those curious about the microscopic world.