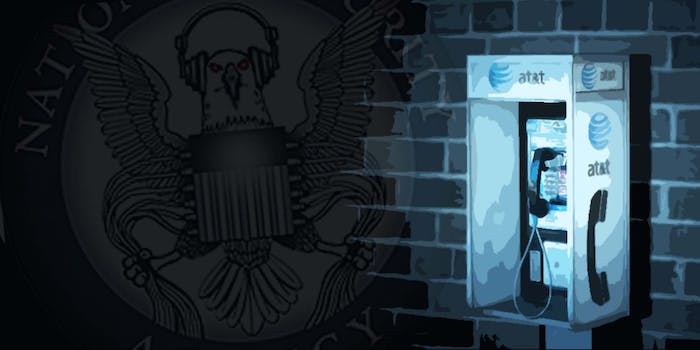 AT&T refuses to disclose when it shares customer information

A request made by AT&T’s shareholders for increased transparency has been rejected by the company. Specifically, citing privacy concerns, the company denied requests for transparency reports, similar to those published regularly by Twitter and Google, and it said the issue should not be addressed at AT&T’s annual shareholder meeting next spring.

Exactly how often the company shares customer information with the government isn’t anyone’s business, according to AT&T. That is an internal matter related to everyday business procedure, the company said—not the concern of shareholders or customers.

AT&T also claimed that publishing a transparency report might also interfere with legal strategy, referring to “multiple pending lawsuits that generally allege that AT&T has violated customer privacy rights by providing information and assistance to government entities without proper legal authority, including allegedly providing information to the NSA.”

The shareholders’ efforts were in part organized by the ACLU’s San Francisco office. They also started an online petition that, at time of writing, has collected 29,590 signatures.

“We’re working with our friends at SumOfUs to rally thousands of AT&T and Verizon customers and potential customers and prove to these giant telcos that their silence is putting their public image and bottom line at risk,” the petition reads.

The company also noted that even if transparency reports were to be issued, they would be limited to disclosing only instances in which it responded to government requests. Information that might reveal the extent of NSA surveillance is classified, they said.

AT&T’s response was sent to New York comptroller Thomas P. DiNapoli, who had authored the shareholder resolution. It’s likely DiNapoli will respond with a letter to the Securities and Exchange Commission, according to the New York Times.

After receiving the company’s response, a spokesman for DiNapoli reportedly told the press, “AT&T is trying to prevent the vital issue of customer privacy from coming before its shareholders.”

AT&T also said that since their dealings with the NSA have not been met with “sustained debate over the last several years,” recent privacy concerns do not warrant attention at this time.

“Privacy is fundamental to democracy and free expression,” said Abdi Soltani, an executive director with the ACLU, who co-filed the shareholders’ proposal. “Staying silent as other industry leaders release transparency reports and take steps to reinforce a genuine commitment to privacy makes it appear that these companies have something to hide and presents serious financial and reputational risks.”

AT&T declined to comment on the issue any further.