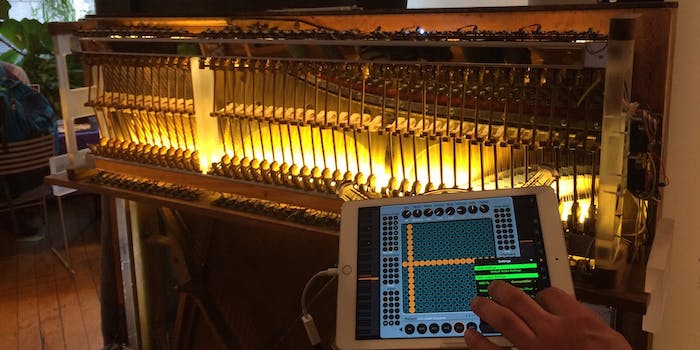 What it’s like to trip on acid in virtual reality

As NYU ITP's spring semester ends, its students show off their artwork.

The idea of technology as a creative form of expression was on display this week at New York University’s ITP Spring Show, during which students unveiled final projects that were equal parts art and technology.

Virtual reality as a mental experiment

Some of the most popular projects were ones that relied on headsets strapped to your face, transporting attendees into virtual worlds. Among these were a dreamscape created from abstract shapes and colors meant to match your mental state, an immersive color explosion that imitated an acid trip, and cardboard creations designed to provide support for whatever anxiety the wearer experiences.

I spotted Laura Juo-Hsin Chen with a paper mask from the movie Frank slung across her neck, as she gingerly placed a cardboard house on someone’s head. A Google Cardboard VR headset was affixed inside the box where the door would be. When looking out, wearers could see the world through windows, as if they were standing inside a home, afraid of wandering out into the real world.

Creator Andy Sahlstrom found the piano in the basement of his apartment, and with the help of a classmate, turned it into a connected device that not only creates music, but a visual experience to go with it.

“Anything that [has a pitch], whether it’s an app, or piano—it’s supposed to plug into Garage Band in your computer,” he explained. “It would be fun to have it as an alarm clock or a doorbell, or someone can play online remotely.”

Players could tap a key on the electric piano or anywhere on a music app that coincides with a particular pitch. The effect is always the same.

Federico Burch cares about the mating rituals of Komodo dragons.

Like many reptiles, the giant lizards must maintain a certain body temperature in order to mate and hunt for food. To illustrate just how climate change can impact the lives of animals that rely on the environment to regulate body temperature, Burch created a heating and cooling system that could theoretically regulate the body temperature if a Komodo dragon gets too hot or too cold.

On a wooden life-size mockup of a Komodo dragon, multiple bags of green liquid were placed on the sides, chest, and back of the lizard. Each were connected by tubes filled with the similar green liquid, and at the top between the animal’s shoulder blades sat a Peltier Junction, or a thermoelectric fan-powered generator that regulates the temperature of the green liquid, equal parts water and antifreeze.

“It’s supposed to be a conversation starter for climate change and animal extinction,” Burch explained. “I created a liquid cooling and heating system that would air condition or heat the animal so it can keep mating and keep hunting. It’s basically a love machine for a Komodo dragon.”

Komodo dragons are only the beginning—Burch hopes to create similar contraptions for crocodiles and other endangered reptiles, too. 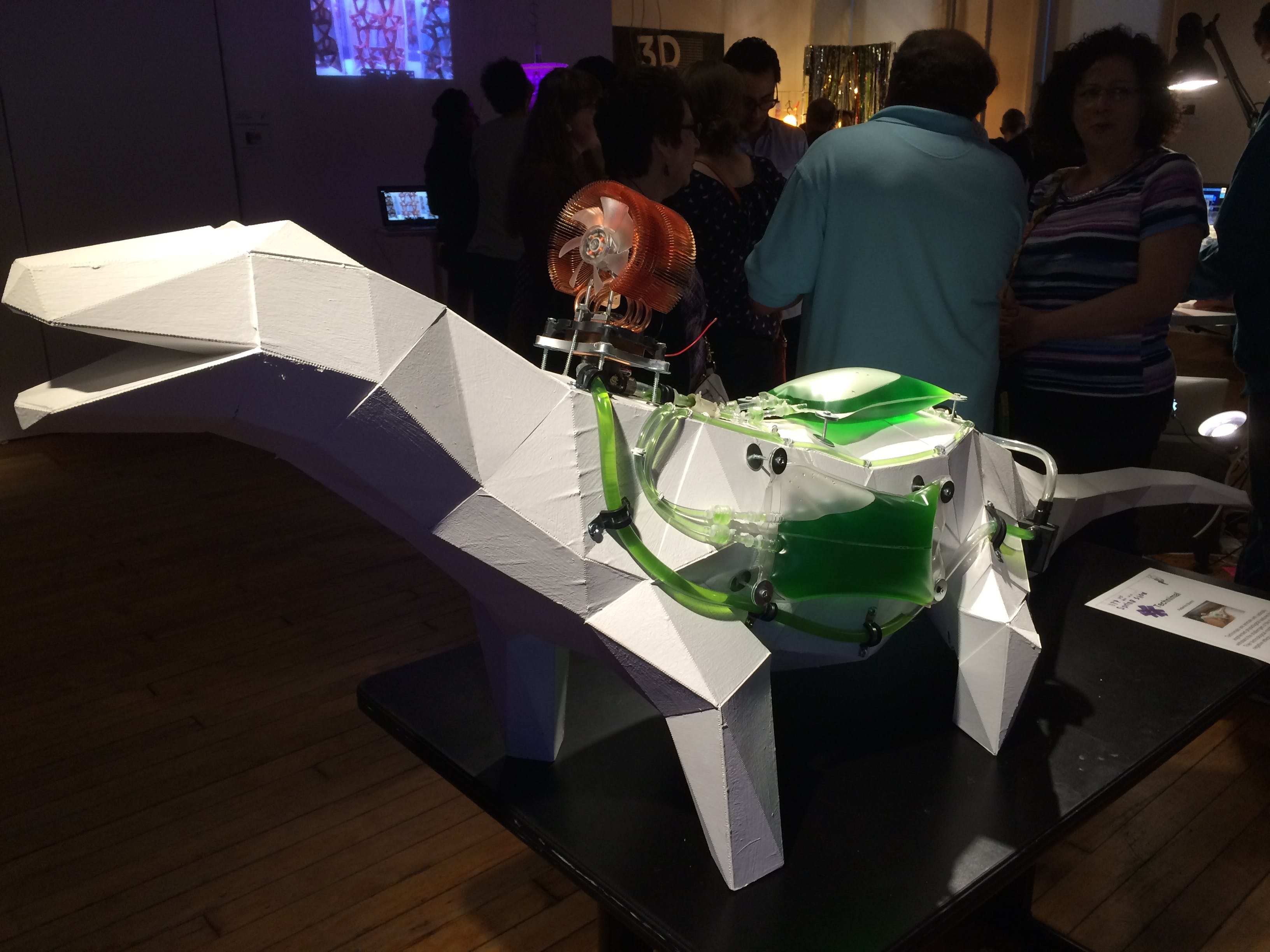 Each year, students from New York University showcase their projects to the public, and as you wander the hallways and darkened corners, you might notice a trend—students adopt whatever hot new hardware and software is lighting up the press, but manipulate it to marry art and technology in ways that might not be money-making apps or services.

Instead, they demonstrate the possibility of each piece of technology, and the boundless imagination of the human mind.