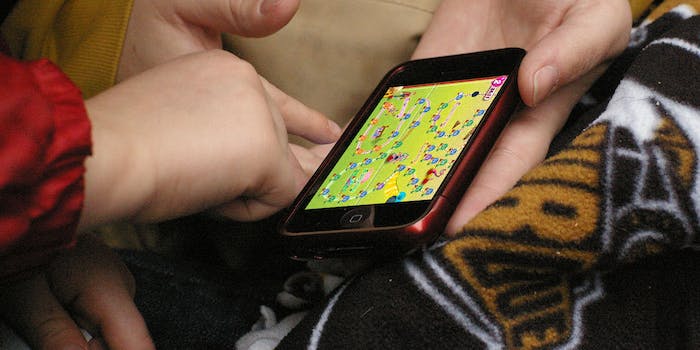 There's no such thing as a... get lunch?

Following legal pressure from the European Commission (EC) over allegedly misleading labeling, Apple has opted to stop calling apps “free”—despite concerns it’ll do little to address the underlying issues behind the Commission’s push.

As TechCrunch reports, the EC called on Google to stop labelling apps that have in-app purchases as “free”—prompting the tech giant to change its wording from “Top Free Apps” to simply “Top Apps.” The rationale behind the EC’s efforts was the potential for nominally free apps with extensive in-app purchases to mislead consumers, as well as the issue of children racking up huge bills via in-app purchases—something that has seen widespread critical coverage in the British press.

At the time, Apple told Engadget that its “controls go far beyond the features of others in the industry,” and that they “will continue to work with the EC member states to respond to their concerns.” The Cupertino company labeled apps that used in app-purchases, but did not, however, ditch the “free” labeling entirely—until now.

Replacing the “free” label accompanying apps that do not require an upfront purchase is now the awkwardly phrased “get.”

Apple has previously run into legal trouble over in-app purchases: In Feb. 2013, the company was forced to settle a $100 million lawsuit brought by iOS users who had been charged for in-app purchases made by their children.

As such, the move seems to be aimed at limitting Apple’s liabilities rather than getting to the root causes of the issue of exorbitant in-app purchases. After all, it’s difficult to imagine any behavioural change will be affected by swapping out “free” for “get,” and the issues that had been raised prior to the change continue to exist—despite this minor change in phrasing.