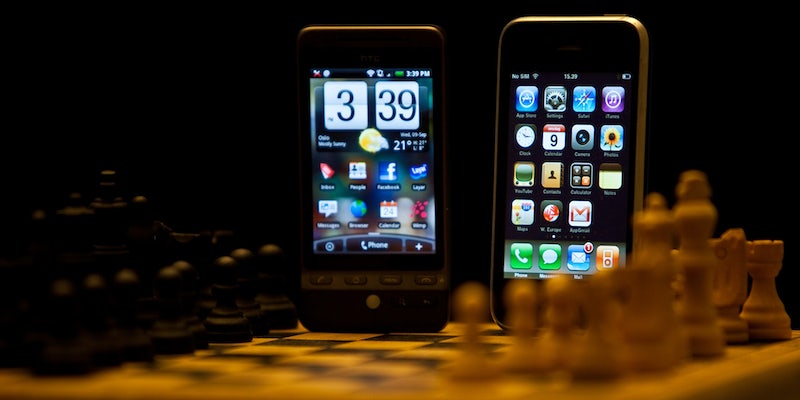 I left Android for iOS—and I regret it

This is the story of a stupid decision.

In mid-September 2014 when the iPhone 6 came out, I replaced my trusty Nexus 4 with a shiny iPhone 6, and I’ve been regretting switching to an iOS phone ever since.

I’ve had this ‘iOS annoyances’ Evernote since then, logging annoying stuff, and I feel like the aggregate pain caused by iOS has grown enough for me to write this rant now. People kept telling me “you’re just adapting,” “you’ll get used to it”—I haven’t.

First of all, the reasons I switched to the iPhone:

I didn’t do enough diligence on the OS however…

Now, here’s why I’m pissed off. I’m going to go through things that suck on iOS that I could do easily on Android.

This is probably my number one pet peeve.

On Android there’s this concept of Intents, which is a request to do an action in an App. Every app exposes an Intent API to every other app lets every app send it intents.

So on my Nexus I could share stuff from any app to any other app. Pocket to Gmail, Chrome to Whatsapp, Evernote to Asana, you name it.

Now on iOS I can only share stuff with the apps that have been properly integrated (that’s the technical term) with iOS.

That means I cannot easily share this picture of Renee Zellweger’s metamorphosis (which I learned about last night) from Chrome to WhatsApp. Or Chrome to Gmail. 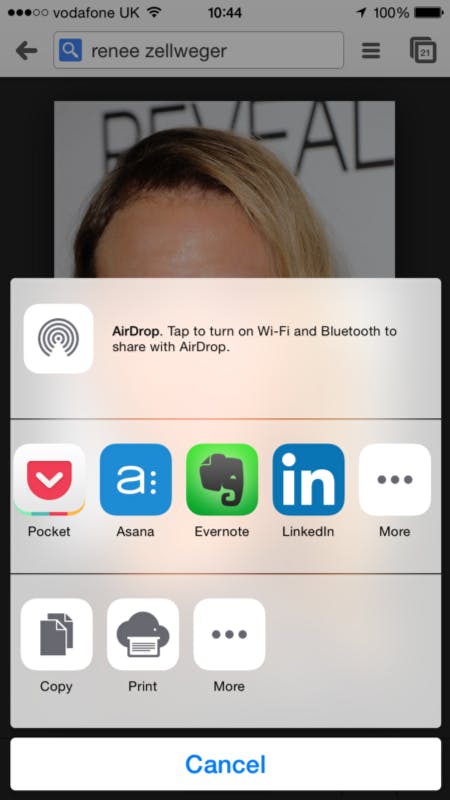 Pocket, Asana, Evernote, etc. is the list of privileged apps which you can share with. Gmail, WhatsApp, Slack, to name a few important apps for me, did not make the cut. 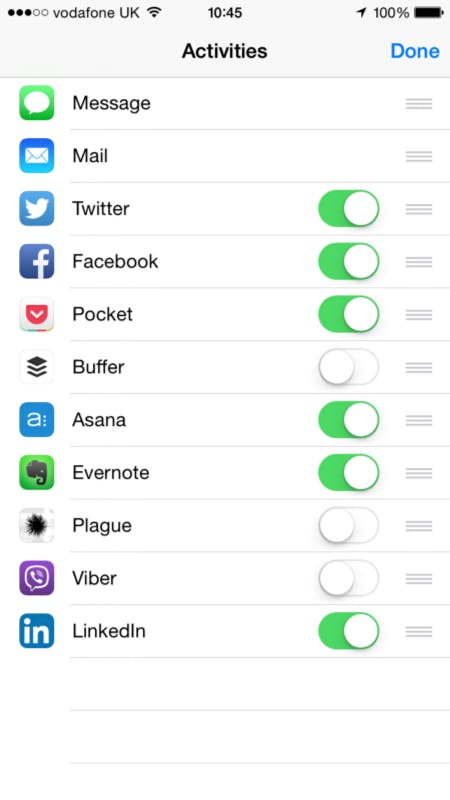 This means that to share this link to any app that’s not integrated, say Whatsapp, I have to: 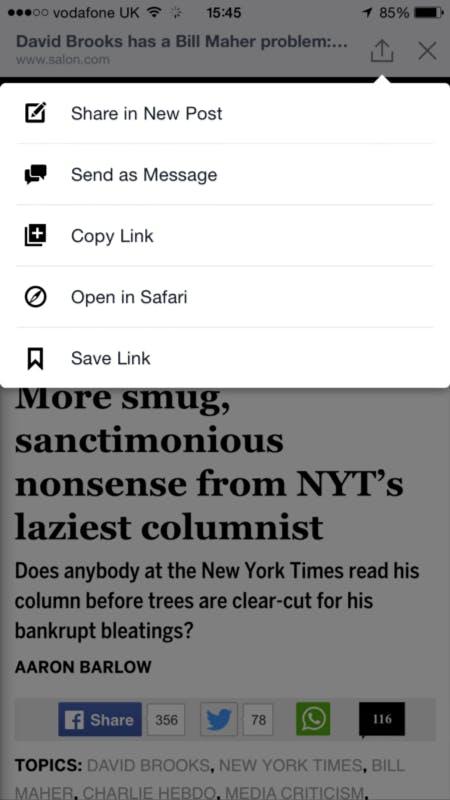 Also, I’m being generous and taking a case where I’m already in the browser.

But say I got to this link from Facebook, so when I open it I’m in Facebook’s browser which means to share on another social network I need to first Open in Safari, then go through the charade described above.

2. Having useful widgets and quick settings

Alright, it looks a bit like a battlefield, but this home screen I had (using Nova Launcher) was super customisable. 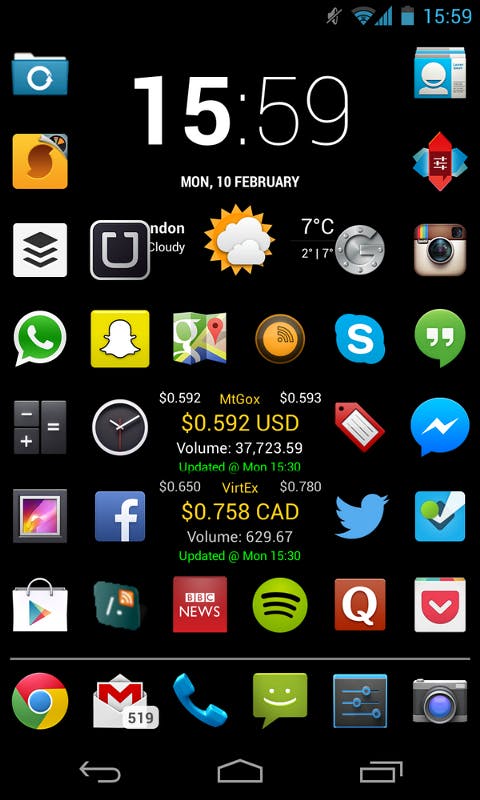 I was free to make it look this ugly ☺, to put as many apps as I wanted on there, widgets (bitcoin prices and time, date, and weather) and if I pulled the notifications bar I had access to quick settings to turn on/off Wi-Fi, cellular data, Bluetooth, to dismiss all notifications, change music, brightness, and volume.

Now on iOS I’ve got this joke of a widget solution in the form of the Today screen: 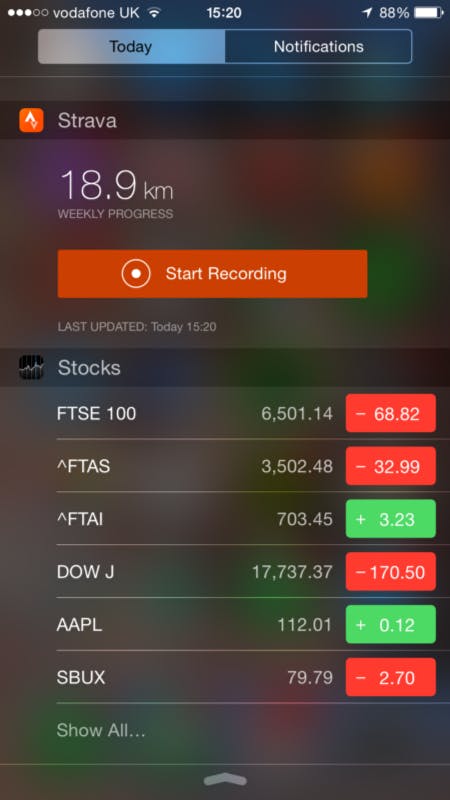 The main problem with this solution is that you need to pull down the notification bar and select “Today” to see the widgets.

It’s the same with the Mac OS dashboard—you need to go there.

To me that defies the purpose of these widgets which should be there next to your regular workflow for you to take a quick glance almost subconsciously.

In terms of quick controls, there’s this nice feature on the latest iOS, it’s super helpful & easy to access with a swipe upwards from the bottom of the screen. Lacks a toggle for cellular data though, so to term it off (e.g when roaming abroad) you have to go to settings, cellular data, disable. 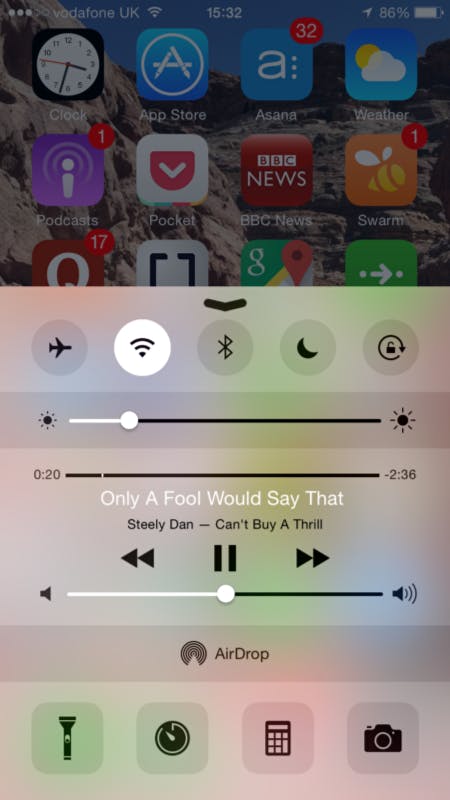 3. Better integration between browsers and apps

On iOS it really struggles to figure out that you’re looking at something that should be opened in an app. I’m guessing this ties in to #1, that apps cannot be as closely integrated (with Intents) as on Android.

In any case, it leads to this kind of BS: 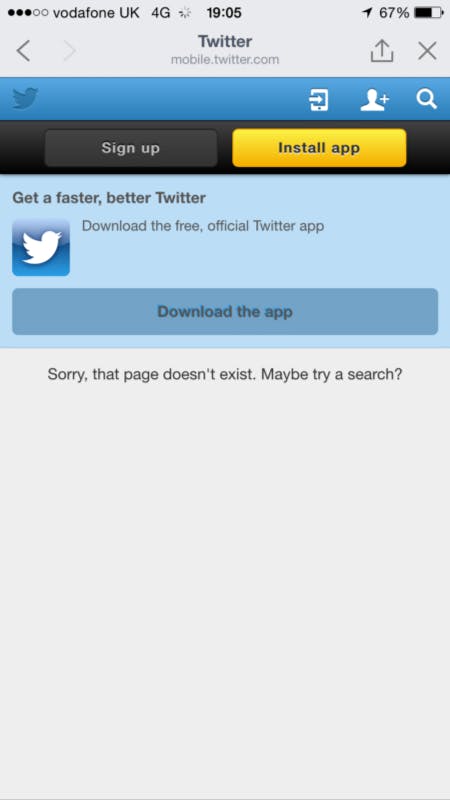 No I don’t want to “Install” or “Download” (why the two words?) this app, I have it already on this very device.

Yes this page exists, I opened this same link on Desktop and it worked fine.

I’ve had the same sort of thing happen with Facebook, Quora, Asana, and the FT, where it won’t open in the native app.

And a few more things…

Now for a few more smaller things that piss me off:

In summary, while I can do everything I want to do on my iPhone, it’s slower for me to use than Androids.

Some of these reasons are purely bad UX implementations (e.g notifications & the “Today” screen), some have deeper ties to the design philosophy at Apple to be a more “closed” ecosystem, which is why third party widgets and keyboards are so new to iOS. As a consequence, Apple also lags on integration between its apps, and that’s bad coming from your mobile OS.

Cheers for reading—iOS Fanboys/girls, let’s fight it out on Twitter.

This piece was originally featured on Medium, and reposted with permission. Its author, Ernest Oppetit, is a product manager at Qubit in London, chutney enthusiast. You can follow him on Twitter here.