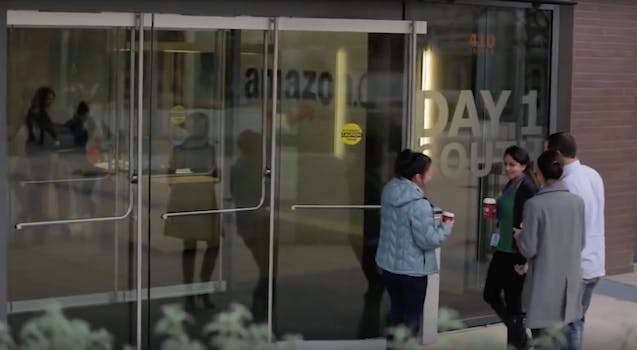 Employee emailed CEO Jeff Bezos before jumping from one of the company's buildings.

On Monday morning, an Amazon employee attempted suicide by jumping from a building at the company’s Seattle headquarters after sending an email to hundreds of co-workers, including Amazon’s CEO.

The unnamed employee was injured after leaping from a fourth floor rooftop of the 12-story building, but landed on a balcony 20 feet below, Seattle Pi reports. The worker was taken to an area hospital with non-life-threatening injuries.

The employee had recently put in a transfer request to a different department, according to Bloomberg. Instead though, the worker was put on an “employee improvement plan,” which can result in an employee’s dismissal if performance doesn’t get better.

Before the suicide attempt, the employee sent out an email to numerous co-workers, as well as Amazon CEO Jeff Bezos. In the email, the person reportedly criticized the way the company dealt with the transfer request. The employee also suggested they might hurt themselves, Bloomberg reports.

Silicon Valley—and the tech industry in general—are notoriously high stakes, high stress work environments. Since 2007, there have been numerous suicides at Foxconn, the Chinese factory where Apple produces its iPhones. At two Palo Alto-area high schools, in the heart of Silicon Valley, the 10-year suicide rate is four to five times above the nation’s average. And in recent years, a spate of suicides from entrepreneurs including Austen Heinz and Ilya Zhitomirskiy have called attention to a veritable mental health crisis within the startup industry.

While it’s been a long time since Amazon could be considered a startup, it still retains a similar cutthroat, breakneck company pace and attitude (or worse). In a brutal 2015 exposé, the New York Times spoke to numerous current and ex-employees who talked about the company’s unreasonably high expectations and toxic company practices. Amazon defended its company culture and refuted the article’s claims, but instances such as this suicide attempt do lend credence to Amazon’s tough company culture.

If you or someone you know is contemplating self harm, please reach out to the national suicide prevention lifeline at 1-800-273-8255 or visit its website.