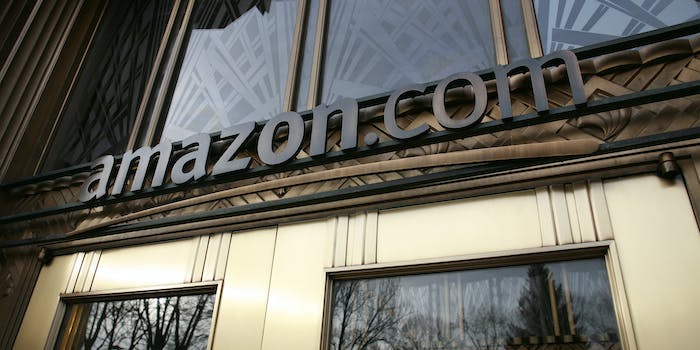 Amazon is being accused of boosting its own products through a new review system.

Amazon reportedly manipulated customer reviews in order to push its own products over those offered by third-party merchants, according to Bloomberg.

Several vendors say sales for their items began to dip not long after Amazon introduced similar products of its own, which received greater promotion.

The tech giant banned vendors two years ago from offering free products to customers in exchange for reviews. However, a new program known as “Vine” lets vendors pay a fee to offer free products to trusted reviewers.

With the program, Amazon acts as a middleman for vendors and reviewers, providing trusted reviewers with products for free after vendors have enrolled in the program. Amazon says that helps prevent fake reviews.

But independent merchants, “who supply about half the goods sold on the site,” have been excluded from Vine, Bloomberg says.

Merchants argue the exclusion has allowed Amazon’s products to both appear higher up in search results and receive better ratings, which is hurting their sales.

“Amazon uses Vine extensively to promote a fast-growing assortment of its own private-label products, distributing free samples to quickly accumulate the reviews needed to rise in search results and boost shopper faith in making a purchase,” Bloomberg notes.

“It gives Amazon a big advantage when introducing its own brands over third-party merchants who are more vulnerable to Amazon’s private-label competition than prominent brands already in stores.”

Private-label items from Amazon include everything from phone chargers, tortilla chips, and batteries to mattresses, motor oil and diapers.

Bloomberg said that an emailed statement from Amazon failed to address complaints over Vine, but instead stated that reviewers involved in the Vine program “can select from any eligible product, whether it’s an Amazon private-label product or a product from one of our vendors.”

The allegations come as European regulators investigate the retail giant over whether it has put other sellers at a disadvantage.

Amazon has also faced criticism in the U.S. for a range of issues such as working conditions and the recent decision to stop giving bonuses and stock rewards to warehouse employees.