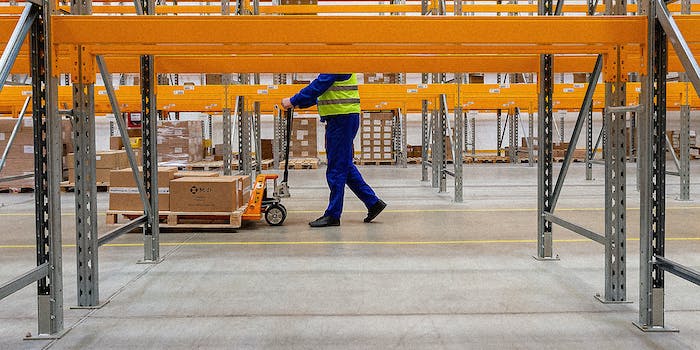 'I was sweating immediately.'

Amazon productivity contests were held in a warehouse outside of Seattle on Sunday despite much of the building having no climate control, all amid a record-breaking heatwave.

An Amazon employee who asked to remain anonymous told the Seattle Times that a warehouse in the nearby city of Kent had been running what are known as “power hours,” where employees are encouraged to work as quickly as possible for one hour, despite sweltering temperatures.

“I was sweating immediately,” the worker said. “I’m really surprised at how ill-prepared they are, given we have known it would be this hot for a little bit now.”

The worker went on to claim that by mid-day, the inside of the warehouse had reached close to 90 degrees. Even worse, numerous workstations allegedly didn’t even have so much as a functioning fan.

Several workers, according to the employee, decided to end their shifts early after being unable to cope with the heat.

Such issues appeared to be scattered indiscriminately across Amazon’s large workforce. Another employee told the Times that a separate facility in Kent did appear to take at least some precautions by giving workers iced neck scarves and drinking water. The second warehouse also added what was described as “massive” fans on the floor in order to cool down workers.

“If this is how it will be all summer, it will be just fine,” the second worker said.

In a statement to the Daily Dot, Amazon spokesperson Maria Boschetti asserted that the company was actively monitoring warehouse conditions and argued that many of its employees preferred being inside its facilities and not outside.

“In an unprecedented heatwave like this, we’re glad that we installed climate control in our fulfillment centers many years ago,” Boschetti said. “We have systems in place that constantly measure the temperature in the building and the safety team monitors temperature on every floor individually. We’re also making sure that everyone has easy access to water and can take time off if they choose to, though we’re finding that many people prefer to be in our buildings because of the A/C.”

Amazon also denied that any “power hours” or productivity contests had occurred today at the Kent location in question on Sunday.

This post has been updated to include a statement from Amazon denying the allegations.