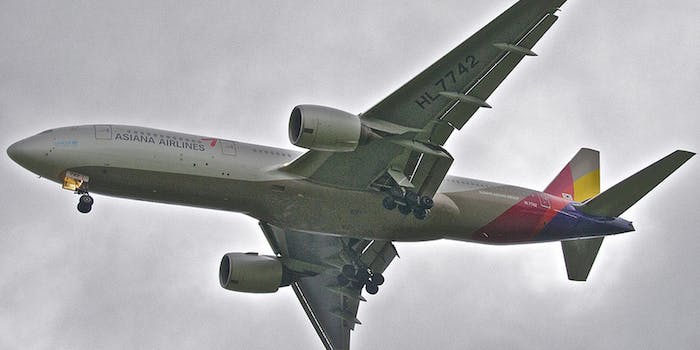 Am I Going Down? app calculates odds that your plane will crash

Life and death is a numbers game.

Death takes many forms, but we can surely agree that exploding in a massive fireball after plummeting from a height of 30,000 feet is one of the worst. Wouldn’t air travel seem so much safer if you knew what a vanishingly small chance there is of perishing this way? 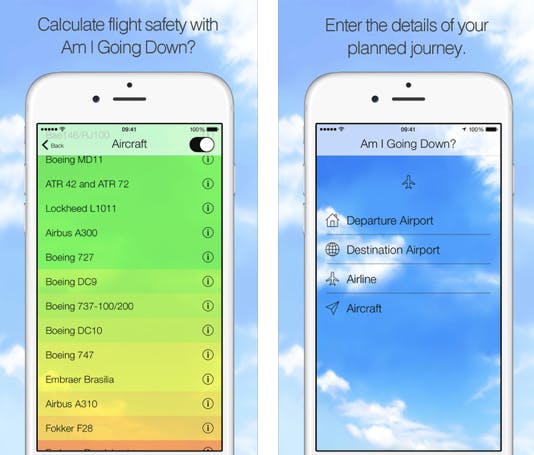 Of course not. Tell a person with a fear of flying how much more dangerous it is to drive and they’ll just hate you for the rest of the trip. Phobias are irrational by nature, so we’re not sure who would shell out $0.99 for “Am I Going Down?”—a morbid travel app that tells you exactly how likely your plane is to crash. (People concerned that SkyMall’s countdown-to-death wristwatch doesn’t take transportation disasters into account, I guess.) 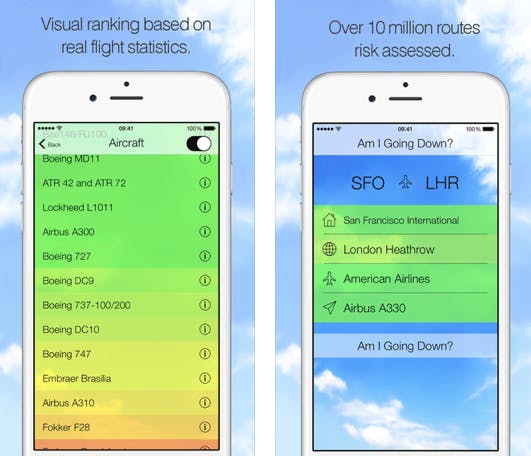 Developer Nic Johns, inspired by his own wife’s trepidation when it comes to Boeings and Airbuses, “wanted to present the fact that the vast majority of flights are incredibly low risk” and maintains that the app—submitted to Apple two weeks before AirAsia QZ8501 went down, killing all 162 aboard—“is meant as tool to help reassure fearful fliers.” His fatalities data on over 10 million routes is pulled from accident archives the world over, with flight volume weighted toward the last decade. Man, I am feeling alive. 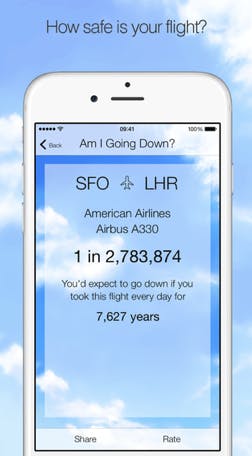 And if 1 in 3 million seems like dicey odds, just ask a flight attendant if the pilot can’t turn around and bring you home. We’re sure the airline will happily issue a refund.