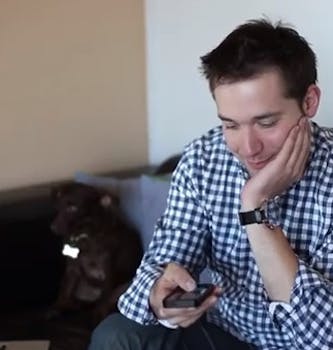 Alexis Ohanian is concerned about your Internet privacy. To prove it, he tried to get Larry Page (Google), Mark Zuckerberg (Facebook), and Dick Costolo (Twitter) on the phone.

The Reddit cofounder is fighting the Cyber Intelligence Sharing and Protection Act (CISPA), a proposed law that would facilitate sharing of information between the U.S. government and several companies targeted by cyberattacks. The bill was reintroduced to the House of Representatives in February.

The bill has backing from a number of technology companies, which believe that by sharing their information with the government, they’ll avoid hacking attacks. However, it would also violate user privacy as well as the Fourth Amendment, activists argue.

It probably shouldn’t come as much of a surprise that Ohanian failed to reach any of those CEOs. They’re pretty busy guys, for one thing, and might not wish to be drawn into an impromptu on-the-record discussion.

That said, it is amusing a Google employee claimed there was no Larry Page at the company. Maybe they should use their 20 Percent Time to learn more about the firm they work for.