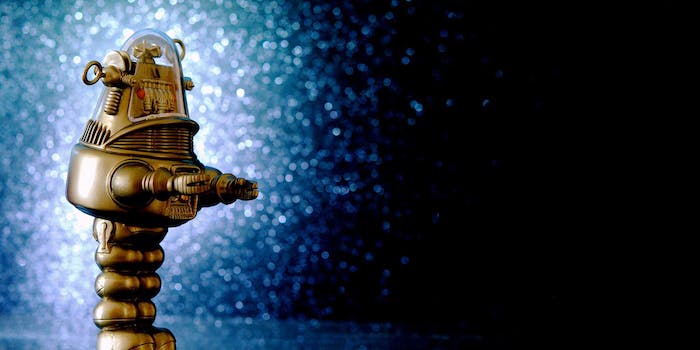 The robot could operate on a distant planet or in the coldest reaches of the Antarctic.

Cutting edge robots that can both self-learn and self-repair have been built by researchers at the University of Oslo using 3D printers.

The new robots are, in one sense, an ambitious strike out into the future when humanity is spreading to distant planets or other locations that may be inhospitable to human life but still contain materials that are valuable or even necessary for us to possess.

Better yet, these self-learning, self-repairing robots have potentially useful applications that can help us here and now.

“Robots must be able to solve tasks in deep mines on distant planets, in radioactive disaster areas, in hazardous landslip areas and on the sea bed beneath the Antarctic,” Associate Professor Kyrre Glette, a member of the Robotics and intelligent systems research team at Oslo University’s Department of Informatics, said. “These environments are so extreme that no human being can cope. Everything needs to be automatically controlled. Imagine that the robot is entering the wreckage of a nuclear power plant. It finds a staircase that no-one has thought of. The robot takes a picture. The picture is analysed. The arms of one of the robots is fitted with a printer. This produces a new robot, or a new part for the existing robot, which enables it to negotiate the stairs.”

These robots are the third generation of Oslo learning machines, a lineage dating back a decade to a chicken-robot named “Henriette” created by Professor Mats Høvin, who is still involved in the project.

The new generation takes broad commands—like walk fast, be small, consume medium energy, and climb over boulders—and executes them based on a simulation program designed to find the optimal solutions to all the operator’s problems.

On top of the computer simulations, 3D printed tests provide a proving ground that ends up improving the robots—and the designers’ ability to make robots—significantly.

“NATO want to use the printers to create spare parts for replacing damaged ones during field operations. This would mean same-day fabrication. Some pastry chefs are already making use of 3D printers to bake sophisticated cakes,” Høvin explained. “There are even printers that build houses. This means that the building contractor can set up an enormous crane that will print the entire building, including the cement, the insulation, and everything else. Clever! And you won’t have to bother about getting the craftsmen in.”