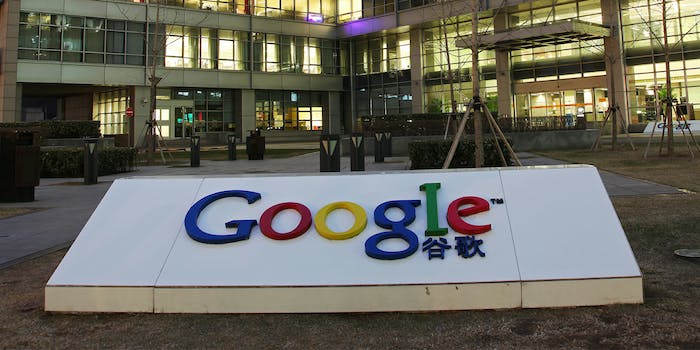 Over 100 Google employees come out against Project Dragonfly

More than 100 Google employees have signed an open letter urging their employer to cancel its work on a censored search engine for China.

Known as Project Dragonfly, the secretive search app would both heavily surveil users while blacklisting search terms such as “human rights” and “Nobel Prize.”

“Our opposition to Dragonfly is not about China: we object to technologies that aid the powerful in oppressing the vulnerable, wherever they may be,” the letter states.

The letter, which went from having an initial nine signatures to 139 at the time of publication, notes Google’s previous opposition to Chinese censorship when it pulled its services from the country in 2010.

“Many of us accepted employment at Google with the company’s values in mind, including its previous position on Chinese censorship and surveillance, and an understanding that Google was a company willing to place its values above its profits,” the letter adds. “After a year of disappointments including Project Maven, Dragonfly, and Google’s support for abusers, we no longer believe this is the case. This is why we’re taking a stand.”

The pushback coincides with worldwide protests against Dragonfly launched by Amnesty International.

Speaking with the Intercept, Joe Westby, Amnesty International’s researcher on technology and human rights, argued that Dragonfly represents “a watershed moment for Google.”

“As the world’s No. 1 search engine, it should be fighting for an internet where information is freely accessible to everyone, not backing the Chinese government’s dystopian alternative,” Westby said.

Protesters were observed Tuesday outside Google offices in numerous locations including Canada, the U.K., and Germany.

Despite widespread protest both internally and from the outside, Google, after months of remaining silent on the issue, has since defended its work on Dragonfly.

“It turns out we’ll be able to serve well over 99 percent of the queries,” Pichai said. “There are many, many areas where we would provide information better than what’s available.”

Although Pichai has repeatedly claimed that Dragonfly is merely an exploratory project, a leaked meeting transcript from July showed that Google planned to launch a completed product as early as January of next year.

Tuesday’s open letter follows numerous others including one signed by 1,400 Google employees. Several employees, such as senior research scientist Jack Poulson, have also resigned in protest of Dragonfly.

The project even received a stern rebuke from Vice President Mike Pence early last month during a speech at the D.C.-based Hudson Institute.

“Google should immediately end development of the ‘Dragonfly’ app that will strengthen Communist Party censorship and compromise the privacy of Chinese customers,” Pence said.