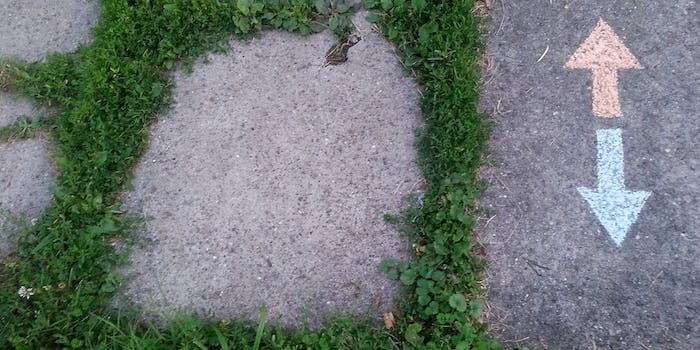 The problem, and how to fix it, doesn’t actually begin with the mods or their rules. The structure of Reddit itself is flawed.

Earlier this month, the largest and most influential news forum on the Internet prohibited its users from posting the latest exclusive from arguably the most important journalist of the past decade.

As an explanation, the moderators of Reddit’s r/news told subscribers they’d banned Glenn Greenwald’s story because it failed to abide by the forum’s rules. Namely, that only hard and straight facts were permitted, and any news that also included “analysis” or opinion was verboten.

When our story on the ban broke, lots of people were angry, for obvious reasons. What’s the difference between news and analysis? And why did these guys, of all people, get to choose, especially when it came to such an undeniably important story?

The key to solving media woes is to have random, anonymous, bitter, partisan Reddit moderators decide what is and isn’t “news”

He’s right. A band of pseudonymous moderators with such an elementary misunderstanding of journalism should never control so much news traffic in the first place.

But the problem, and how to fix it, doesn’t actually begin with the mods or their rules. The structure of Reddit itself is flawed.

Let’s start with a basic course on Reddit, because the fundamentals are something even journalists still don’t understand. When it was launched in 2005, the site was the most bare-bones news aggregator you could imagine. There were links to articles along with upvote and downvote buttons to sort them. That was it.

As Reddit grew, it added some basic functions, including comments and text posts. But it also needed to expand, as that single home forum became a mess of widely divergent topics. The obvious solution was to branch Reddit out into separate communities centered around specific topics or ideas. These subreddits, as they’re known, would shortly become the scaffolding upon which the site was really built.

Like everything on Reddit, users controlled the subreddits. An easy way to think of a subreddit is a little kingdom. The ruling class, called moderators, have absolute control over the forum. They can ban a certain type of post or even entire domains, delete posts, comments, and even ban users outright.

Other redditors can join the moderator rolls only by invitation, and all moderators have equal power—except for one key feature. Any moderator who joined before you can kick you out.

Let’s say, for instance, that you really really like Netflix’s House of Cards. If you want complete control over the House of Cards subreddit, just be the first one to create it. That’s the only qualification necessary. And as the top moderator on the list, you have ultimate power over the other moderators because only you can kick them out.

So despite the fact that casual redditors often think the site is some kind of democracy, it’s not. Moderators hold the ultimate kill switch over all content on the site. And users have no means by which to appeal those decisions—unless moderators choose to allow them.

A free market of subreddits?

That naturally creates something of a problem when mods screw up royally, or when they just make decisions that the vast majority of users don’t like. But ideally, there’s a very easy solution to this problem. The subreddit ecosystem should be a free market; poorly run subreddits should shed users to their better run peers.

Reddit’s structure “also makes it much more likely that tin-pot dictators or sub-editors will be deposed, and far more quickly than any newspaper deposes an editor,” Ingram wrote. “And the audience can go elsewhere, as has happened with a number of sub-Reddits.”

That’s the ideal. It doesn’t work.

Back to the House of Cards example. It turns out there’s already a subreddit with the name r/houseofcards. I’m sure the lead moderator there, hillbillyphil, is in reality quite fair and responsible. But let’s pretend for a minute that he’s the worst kind of autocrat: He’s fond of arbitrary rules, kicking users out, and maybe even Holocaust conspiracy theories. Nobody likes him.

I want to make something better. And to compete, I’ll need a different name for the subreddit: I don’t know, something like r/netflixhouseofcards. Or, to follow a common naming convention when single topics split into competing forums, maybe I’ll choose r/truehouseofcards.

You can start to see the problem here: r/houseofcards, my competitor, was first, and owns the show’s actual name. New users check there first and subscribe. They won’t know the intricacies of its pros and cons with just a cursory glance at the forum.

Compounding that problem, r/houseofcards already has a sizable population: 22,000. And if I want my subreddit to grow, I’ll have to somehow reach those people. But hillbillyphil—being the unapologetic despot that he is—would surely delete any link I post advertising my subreddit. I’ll just have to rely on word of mouth. But of course hillbillyphil can delete any comments I leave in his subreddit, too. Heck, he can just ban me outright.

To get a better idea of the problems with r/news, however, let’s stack the deck even more. Let’s say, for whatever reason, that Reddit’s staff decide to turn r/houseofcards into something called a default subreddit.

When new users join Reddit, the site automatically subscribes them to 20 subreddits—the “defaults.” This auto-subscription confers a certain air of officialness to the forums. But the defaults are actually run almost entirely by volunteer moderators. Their official status is an illusion, but their influence over the Internet is very real and very large.

The default system spawns a ton of problems. It creates, for instance, an old boys’ club of well-connected mods with an extraordinary amount of power over Reddit’s outgoing traffic and who operate without oversight and outside public view. But most importantly, it stifles competition.

With each new subscriber automatically being funneled into the original, and with no means to advertise my subreddit, my puny House of Cards subreddit is pretty much finished. It’ll always be just a tiny speck in the endlessly ballooning shadow of my competitor.

Reddit drives a ton of traffic. The site has been growing on a near-linear path since it was founded nearly eight years ago, and now sees more than 112 million monthly unique visitors. So since it’s a default, r/news has a massive user base who can easily propel popular stories to the site’s front page. A big story from r/news could drive anywhere from a half-million to a million unique visitors. Suffice it to say, the decisions its moderators make are actually really important to the industry.

And that’s why their nonsensical rules, which betray a certain ignorance of how the industry works from the inside, are particularly aggravating.

News cannot exist without analysis. It is a journalist’s job to sift through the world’s infinite stream of information, analyze it, find narrative threads, and then present all that mess in a way that’s easy to understand. The New York Times story on the leak of U.S. diplomatic cables in 2010, for instance, would also have been banned under the r/news rule. The Times, after all, was making an editorial decision on what information to include and what not, largely dictating how readers would interpret the story. Without the Times or other outlets, we’d instead have been forced to sift through the facts on our own: In this case, a quarter-million diplomatic cables hosted on WikiLeaks, an organization hardly known for its lack of political bias.

That’s what’s wrong with the justification for the rule. Let’s not forget that, even if the ban actually made sense in an absolute way, r/news’s millions of readers are supposed to trust the discretion of mods in enforcing it—people whose sole qualification for the job, remember, was that they arrived first, or were invited by their buddies.

While enforcing bad rules, moderators also occasionally forget good ones. Shortly after the Greenwald story was banned, a stripped-down version on another site shot to the top of the subreddit. Though submitting aggregated, rewritten stories is against the subreddit’s rules, it didn’t stop the mods from holding it up as an example of a proper submission. Even the redditor who posted the rewritten story found this absurd.

To their credit, the r/news moderators suggested on Twitter that they’d re-examine the ban on analysis. But so far, the rules haven’t changed. And that public admission from the mods that perhaps they’d erred only came after heated debate outside Reddit from well-known journalists.

The r/news mods don’t need to change their rules. Reddit itself needs to change. It needs to scrap the default system entirely and replace it with a more robust subreddit discovery system for new users. Either that, or the front page of the Internet needs to put more power in the hands of ordinary users.

When moderators of the biggest subreddits screw up, the community ought to be able to kick them out.