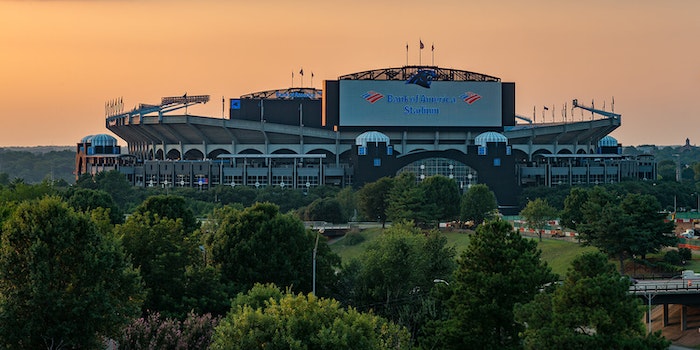 How to stream Steelers vs. Panthers in NFL preseason action

The Steelers and Panthers could be quite competitive in 2019.

Position battles will be the focus as the Pittsburgh Steelers tangle with the Carolina Panthers in their final preseason matchup. As the starters watch from the sidelines, players on the roster bubble will fight for a spot on a National Football League roster.

The most interesting roster questions for Pittsburgh are at wide receiver and in their secondary. Though no one on the roster will be able to replace future Hall of Famer Antonio Brown, Pittsburgh has found surprising depth at receiver. Eli Rogers and Ryan Switzer, both dependable pass catchers, are both on the bubble along with Marcus Tucker. Though the most eye-popping name in the Steelers receiving corps is JuJu Smith-Schuster, reliable options like Diontae Johnson, Donte Moncrief, and James Washington have combined created a solid unit in Brown’s absence.

A deeper secondary than usual has resulted in a number of players landing on the roster bubble in Pittsburgh, which has been a nice change of pace for a unit that struggled until recently. Safeties Marcus Allen and Jordan Dangerfield, along with cornerback Brian Allen, will try to join a solid unit led by the still impressive Joe Haden.

An interesting battle has cropped up in Carolina in the quarterback room. Cam Newton is in no danger of being usurped as the top man in Carolina, but the physical quarterback is known to miss time, and the backup quarterback situation is still a question mark. Rookie Will Grier has been fighting with Kyle Allen and Tyler Henicke for the backup job. If the past is any indication, whoever is named the second-stringer will see playing time in the regular season.

If running back Christian McCaffrey were to miss any significant time this season, Cameron Artis-Payne wouldn’t likely shoulder the load all by himself. A trio of interesting backs, Reggie Bonnafon, Elijah Holyfield, and Jordan Scarlett, are fighting to back up the backup, and make the case that they could be a productive member of a running back committee. It’s anyone’s guess if and how many of the trio will make the 53-man roster, so all three of them could see time on Thursday.

How to watch the Steelers vs. Panthers online

The Steelers vs. Panthers game continues the NFL Network’s run of nationally televising NFL preseason games, but even if you’ve cut the cable cord or you want to watch it on your mobile device, there are plenty of ways to accomplish that. But first, you’ll need to get acquainted with NFL Network.

Steelers vs. Panthers live stream: How to watch NFL Network

If you want to watch the Steelers vs. Panthers online via Sling TV, you’ll need to be subscribed to either Sling Blue ($25 per month) or Sling Orange + Blue ($40 per month). Both of those packages include NFL Network and a number of sports channels—like three ESPN channels, NBCSN, and FS1—and it’s still a nice perk that Sling subscribers can order a la carte packages. Sling TV also offers a special Latino package for bilingual viewers. Sling TV is currently offering a deal where you can subscribe for 40% off the regular price for the first month of your subscription. That means Sling Blue would cost $15, and Sling Orange + Blue would cost $25. (Here’s a complete guide to Sling TV channels and our Sling TV review.)

Steelers vs. Panthers: Why it matters

Panthers coach Ron Rivera needs to choose wisely in selecting his backup quarterback. Cam Newton takes a beating on the field, and if the Panthers could land on a signal-caller who could take, say, the few games Newton might miss, that could make the difference in their season.

The Steelers have been great at developing receiver talent, but they also have a knack for losing it. There is no reason to believe that Donte Moncrief will suddenly become a dynamic pass catcher following a career absent any 1,000 yard seasons. Smith-Schuster is certainly ready to be the number one option, but the team must identify a breakout talent to help bolster Ben Roethlisberger’s passing numbers.

While the roster decisions made after Thursday’s game might not show immediate consequences, the wrong move could come back to haunt these squads as they make a push for a playoff spot.