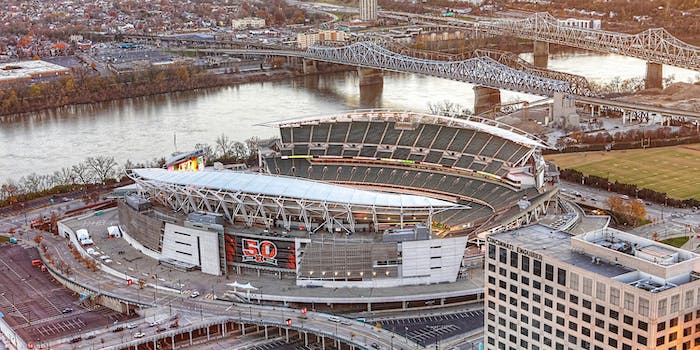 How to stream Colts vs. Bengals in NFL preseason action

An Andrew Luck-less Colts and an A.J. Green-less Bengals look to fill their final roster spots. Can they avoid disappointing 2019 seasons?

For the Colts, this is the first game since the shocking announcement of Andrew Luck’s retirement. Though we likely won’t see much of newly anointed QB starter Jacoby Brissett, there are other positions that are still being firmed up.

The Colts will be looking to solidify their depth at cornerback. While the top spots on the roster are firmly set in place, four hopefuls, Chris Milton, Marvell Tell, Nate Hairston, and Jalen Collins, will fight it out for what will likely be two remaining roster spots. At wide receiver, Deon Cain, Zach Pascal, Marcus Johnson, and Krishawn Hogan will battle it out to see who might join T.Y. Hilton and Devin Funchess in the Colts receiving corps.

On the Bengals side of the football, this roster simply needs to find more talent. While expectations are high for the rest of the AFC North, the Bengals are going to have to continue to find and develop talent if they are going to compete.

The injury to star wide receiver A.J. Green has opened the door for a bunch of unknown pass catchers to make an impact on this Bengals team. While undrafted Damion Willis has impressed in the preseason, Josh Malone, Cody Core, and Auden Tate will all have to show the coaching staff that they want a role in regular-season action. On the offensive line, rookie Michael Jordan threatens to knock some more experienced linemen off of their perch. On the defensive line, one of the Bengals’ areas of strength, lineman Andrew Brown will try to crack a solid unit and avoid the practice squad.

How to watch the Colts vs. Bengals online

The Colts vs. Bengals game continues the NFL Network’s run of nationally televising preseason games, but even if you’ve cut the cable cord or you want to watch it on your mobile device, there are plenty of ways to accomplish that. But first, you’ll need to get acquainted with NFL Network.

Colts vs. Bengals live stream: How to watch NFL Network

If you want to watch the Colts vs. Bengals online via Sling TV, you’ll need to be subscribed to either Sling Blue ($25 per month) or Sling Orange + Blue ($40 per month). Both of those packages include NFL Network and a number of sports channels—like three ESPN channels, NBCSN, and FS1—and it’s still a nice perk that Sling subscribers can order a la carte packages. Sling TV also offers a special Latino package for bilingual viewers. Sling TV is currently offering a deal where you can subscribe for 40% off the regular price for the first month of your subscription. That means Sling Blue would cost $15, and Sling Orange + Blue would cost $25. (Here’s a complete guide to Sling TV channels and our Sling TV review.)

Colts vs. Bengals: Why it matters

These are two very different teams. Until Luck’s retirement, the Colts seemed poised to be a top-tier AFC team. Expectations have rarely been lower for a Bengals team that perennially fails to put it all together.

However, at this moment, they are both in a similar position. They have some major issues that will open up opportunities for players on their roster bubble. With Andrew Luck gone, will the Colts receiving picture drastically change? With A.J. Green sidelined by injuries, will a new receiving threat emerge to help this historically mediocre offense?

Though many of the players fighting for roster spots on Thursday aren’t going to be household names, these final pieces of the roster puzzle could make or break the season for these teams. As the Colts hope to keep it all together without Andrew Luck, and the Bengals hope to avoid embarrassment, the stakes couldn’t be higher but both squads as they head into an uncertain Week 1.