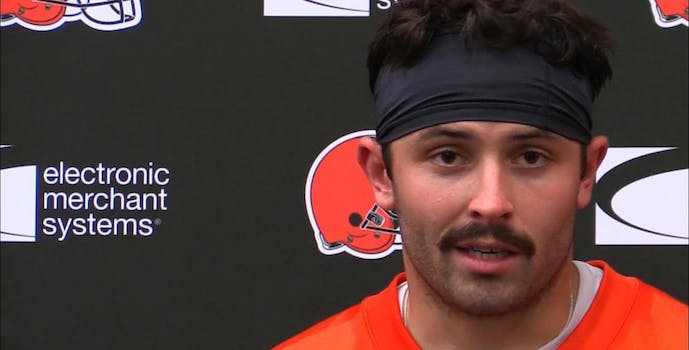 How to stream Browns vs. Buccaneers in key preseason action

Two flashy quarterbacks will preview their high-stakes seasons in a Week 3 matchup between the buzzed-about Browns and the Bruce Arians-led Bucs.

Offseason hype eventually gets put to the test. For these Cleveland Browns and Tampa Bay Buccaneers, it’s time to see if chatter can translate to on-field production.

The Browns have become the buzziest team in football this offseason, with the team’s front office doing all they can to give quarterback Baker Mayfield the pieces he needs to win. The outlook isn’t quite so rosy in Tampa Bay, but the Buccaneers are getting plenty of ink nationally as well, as coach Bruce Arians comes to town in one last attempt to salvage the Jameis Winston Era.

Mayfield emerged as one of the league’s most electric young QBs last season. With the addition of Odell Beckham Jr. and the unexpected breakout of running back Nick Chubb, expectations are sky-high in Ohio. This week, we will get a chance to see just how explosive the offense might be.

Expectations are more muted in Tampa Bay, where Winston has never quite put it together. However, with Arians coming out of retirement, there is a “now or never” feeling in Tampa Bay. If famed QB whisperer Arians can’t put Winston over the top, the feeling is that no one can.

How to watch the Buccaneers vs. Browns online

The Browns vs. Buccaneers game continues the NFL Network’s run of nationally televising the first week of the preseason, but even if you’ve cut the cable cord or you want to watch it on your mobile device, there are plenty of ways to accomplish that. But first, you’ll need to get acquainted with NFL Network.

Browns vs. Buccaneers live stream: How to watch NFL Network

If you want to watch the Browns vs. Buccaneers online via Sling TV, you’ll need to be subscribed to either Sling Blue ($25 per month) or Sling Orange + Blue ($40 per month). Both of those packages include NFL Network and a number of sports channels—like three ESPN channels, NBCSN, and FS1—and it’s still a nice perk that Sling subscribers can order a la carte packages. Sling TV also offers a special Latino package for bilingual viewers. Sling TV is currently offering a deal where you can subscribe for 40% off the regular price for the first month of your subscription. That means Sling Blue would cost $15, and Sling Orange + Blue would cost $25. (Here’s a complete guide to Sling TV channels and our Sling TV review.)

Browns vs. Buccaneers: Why it matters

You never know how much of the starters’ play you get to see in Week 3 until game time, but if big-time players are going to get preseason playing time, it will come this week.

Both of these teams have more household names than a lot of other NFL squads on both sides of the ball. In addition to their flashy signal-callers, you have defensive stars like Myles Garrett, Olivier Vernon, Sheldon Richardson, Gerald McCoy, Lavonte David, and Carl Nassib taking the field. Offensively, it’s hard to think of two NFL receivers more electrifying than Beckham and Mike Evans.

Talent isn’t everything though, and these teams don’t exactly have inspiring track records. The Bucs have only posted two winning seasons in the last 10. For the beleaguered Browns, you have to go back to their 2007 10-6 season to find a year where they cracked .500.

But, for now, all these teams have is potential, and this weekend is the first step to seeing if either squad can turn the corner.