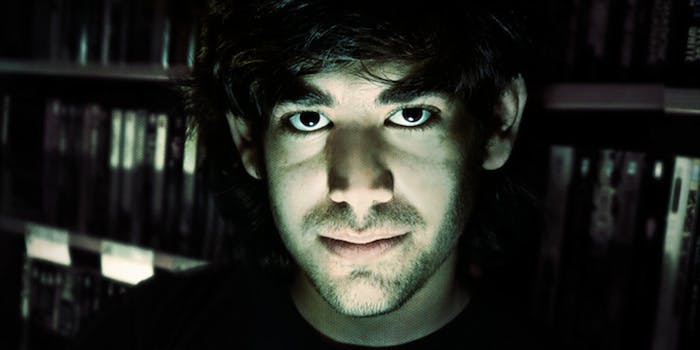 Fans "can buy the film to own and the download will be DRM-free with a Creative Commons license.”

Vimeo has been promoting its Vimeo on Demand service as a way for independent filmmakers to get exposure and sell their own work. On Friday, it’ll debut The Internet’s Own Boy, Brian Knappenberger’s documentary about programmer and activist Aaron Swartz, the same day the film opens in theaters. According to Vimeo, it’s the “only service where fans can buy the film to own and the download will be DRM-free with a Creative Commons license.”

Swartz, a cofounder of Reddit, Creative Commons architect, and critic of the Stop Online Piracy Act (SOPA), was arrested in 2011 for downloading academic journals from digital nonprofit library JSTOR, and he faced felony charges, even after returning the materials. Shortly before his trial started, he took his own life in January 2013, at age 26.

The Internet’s Own Boy chronicles Swartz’s ascent in the world of technology as a child prodigy, his vision for the future of the Internet, and the legal pressure that ultimately, and heartbreakingly, caused his downfall.

Participant Media, the parent company of TV network Pivot, is working on a campaign for the film. Both Participant and Pivot focus on social justice issues in their programming and distribution, and they’re taking Swartz’s case a step further. A spokesperson for Participant explained:

“Aaron Swartz’s death shows why allegations of attorney misconduct must not go unchecked, so building on the release of Internet’s Own Boy, Participant’s social action campaign will drive discussions within the legal community around this case, educate legal students, and provide advocacy options for those looking for change. Our program includes a petition sponsored by the Project on Government Oversight for better oversight of attorney/prosecutorial misconduct, events and screenings with the Legal Community (ABA, NACDL, etc), and a curriculum for law schools due out later this year.

“We are also rolling out a program next month to ‘Donate a Tweet’ that pushes for Eric Holder and the Department of Justice to watch the film and respond with a public comment.”

Pivot will air the film later this year, and you can pre-order on Vimeo now.