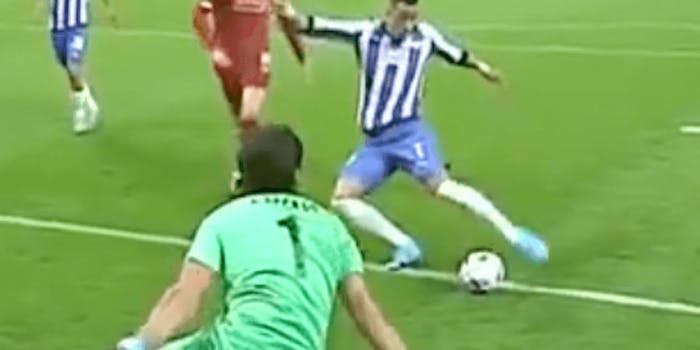 Monterrey and Club America face off in a Liguilla final delayed by Monterrey's participation in the FIFA Club World Cup, where they did Concacaf proud.

Monterrey has returned from Qatar after finishing third in the Club World Cup and pushing Liverpool in a great semifinal performance. The Rayados will now take on Club América in the long-awaited Apertura 2019 Liguilla Final in Liga MX.

The first leg will be held in Monterrey, since the reigning CONCACAF Champions League winners finished 8th in the table and knocked out No. 1 seed Santos and No. 5 seed Necaxa in early December just to get here. Despite Monterrey’s performance in Qatar, the Aguilas have to be the favorite over two legs, with only one defeat against Monterrey in the clubs’ last five matchups.

Here’s everything you need to know to live stream Monterrey vs. América, including what to watch for on the pitch.

The match is on FS1 and Fox Deportes; the following streaming services allow you to watch the Apertura 2019 Liguilla Final.

Sling TV provides two base channel package options, each priced at $25 per month. Sling Orange includes three ESPN channels, while Sling Blue includes sports channels like NBCSN (where many Premier League matches appear), NFL Network, and local channels (Sling Blue customers in select markets get NBC, where some matches appear; see if yours has it here.). If you’re Team “Why Not Both,” Sling Orange + Blue combines the two for just $40 per month. To add beIN SPORTS and maximize your soccer-watching potential, you’ll want to add either Sports Extra: Sling Orange ($5 per month) or Sports Extra: Sling Blue ($10 per month). (The latter also includes NFL RedZone.)

Monterrey vs. América: What to watch for

In Monterrey’s last knockout game, manager Antonio Mohamed’s team lost in heartbreaking fashion to Liverpool, the eventual FIFA Club World Cup Champions. in the first minute of stoppage time. Three of the Reds’ normal starters came off the bench and two of them figured into the deciding goal. Trent Alexander-Arnold played in a ball for Roberto Firmino for the winner. Monterrey had to settle for the third-place match against an Al Hilal squad that includes Sebastian Giovinco and Bafetimbi Gomis; Monterrey won the match in a lively penalty kick sequence that saw goalkeeper Luis Cardenas deliver the final blow.

The domestic prize is still up for grabs against Club America, who have more league titles than anyone, including the 2018 Apertura. In a way that is similar to Liverpool and most European clubs, these two finalists would rather win their domestic league than a seven-team global knockout tournament in the middle of the season.

Liga MX is one of the best leagues in the Americas, as well as one of the best-attended leagues in the world, so all Liga MX clubs should prefer to win the Liguilla over other competitions. Monterrey still has everything to play for, and is still two games away from one important trophy to close out a solid 2019. Neither club will be burnt out for this matchup, and Thursday and Sunday’s matches will probably be as intense as any two matches played all year.