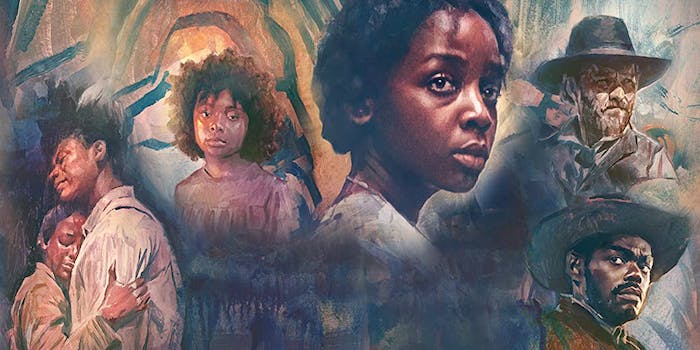 How to stream ‘The Underground Railroad’

Antebellum America infrastructure begins and ends with the Eerie Canal. Oh, and a few railroads. There are some of those, too. Including the famous Underground Railroad. Of course, it wasn’t truly underground. It also wasn’t a railroad. But…what if it was?

The new mini-series will suppose an alternate history. One where the railroad synonymous with freedom is an actual railroad. You know, the one that made Harriet Tubman a household name. The network of abolitionists, hidden routes, and safe houses that helped enslaved African-Americans won’t simply be a allegory. It will be a literal underground railway.

This new Underground Railroad will come complete with engineers and conductors. It will also have tracks, and even tunnels. Oh, and trains. Literal trains!

Cora, an enslaved Black person in Georgia, joins newcomer Caesar in an effort to ride this fabled subterranean train to freedom. After hearing about this railroad, Cora Randall is surprised to find that the reality is much stranger than fiction. This story chronicles Randall’s ride from the south to freedom in the north.

From the mind of Barry Jenkins comes a science-fiction story about hope, faith, and freedom.

Here’s everything you need to know to stream Underground Railroad.

Where to watch Underground Railroad

The new miniseries is based on the novel by the same name by Colson Whitehead. It’s directed by Academy Award winner Barry Jenkins of If Beale Street Could Talk. It will comprise of 10 episodes. All ten episodes will premiere on the same day.

Underground Railroad miniseries is available to stream exclusively on Prime Video. It’s one of the best streaming destinations online.